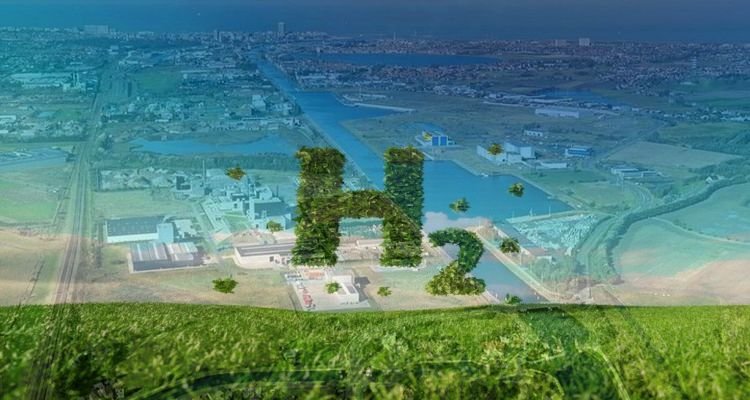 The world’s first commercial-scale green-hydrogen plant to be powered solely by surplus offshore wind energy has been announced by a trio of Belgian companies.

Offshore engineer DEME, Flanders-focused financier PMV and the Port of Ostend plan to build a 50MW demonstration project at the port — set to be the world’s largest electrolyser plant — before completing an even bigger, commercial-scale unit in 2025.

The three companies point out that Belgium will have 2.26GW of offshore wind installed by the end of this year, with a further 1.75GW to be developed.

“However, the wind turbines’ production peaks rarely coincide with consumer demand peaks, meaning that there is an opportunity to compensate for the discontinuity between production and consumption,” they explained in a statement.

The green hydrogen at the Hyport Oostende project would “serve as an energy source for electricity, transport, heat and fuel purposes and as a raw material for industrial purposes”, the companies said.

Hydrogen can be converted into electricity using a fuel cell or burned like natural gas to produce power (via a turbine) and/or heat, with both processes emitting only water vapour. As hydrogen can be stored indefinitely, it is being touted as a long-term form of energy storage.

The Hyport Oostende project will have an element of energy storage, with the companies announcing that “by 2022, the roll-out of a large-scale shore-based power project, running on green hydrogen, will start”.

This will be the first project to be announced that will specifically aim to power electrolysers using only excess renewable power.