A Drop Of Rain Lights Up 100 Small LED Bulbs 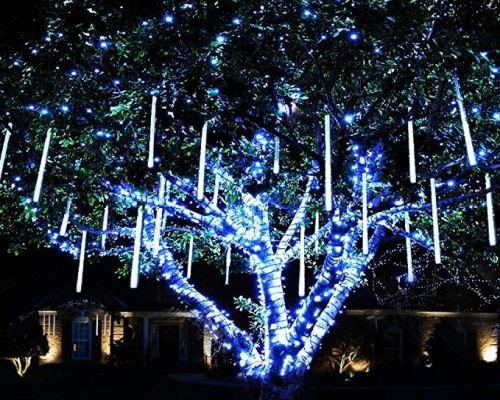 The City University of Hong Kong researchers have developed a device that can generate a powerful flash of electricity from a single drop of rain. They have named this as ‘droplet-based electricity generator (DEG).’

According to them a single rain droplet can briefly generate 140 volts. That was enough to briefly power 100 small lightbulbs and, while it’s not yet practical enough for everyday use, it’s a promising step toward a new form of renewable electricity.

The DEG uses a “field-effect transistor-style structure which can turn rainfall into short bursts of power. The new design mates an aluminum electrode with an indium tin oxide electrode layered with PTFE, a material with a “quasi-permanent” electric charge.

When a drop hits the PTFE/tin surface, it bridges the two electrodes and creates a closed-loop circuit. That helps fully release any stored charges. The technology could handle sustained rainfall, too. If there are continuous drops, the charge accumulates and eventually hits a saturation point.

There’s still work to be done to translate this to a practical product. A brief burst of energy is easy — accumulating enough of it for continuous power is another matter.

Still, the potential uses are easy to see You could apply generators like this to the surface of anything where rain (or other water splashes) is likely to strike.

Building rooftops could offset at least some of the electricity use from the people below, while electric boats could extend their range. It could even be used to power connected devices that regularly get wet, like umbrellas and water bottles.