Coke and Pepsi Are Knowingly Lying About Recycling 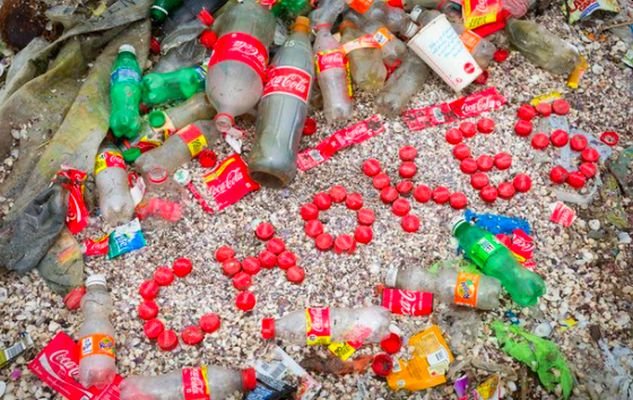 Coke, Pepsi and several other big plastic polluters are getting sued for lying about their products’ recyclability and clogging up the oceans with millions of tons of waste.

In fact at the World Economic Forum in Davos, Bea Perez, head of sustainability for Coca Cola, announced that the company has no intention of abandoning single-use plastic bottles.

Environmental group Earth Island Institute filed a lawsuit in California last week against Coke, Pepsi, Nestlé, and a number of other plastic polluters for knowingly misleading the public about how much of their produced plastic is being recycled (and landing in the ocean instead).

They know very well that their plastic is not being recycled, even though they are telling people on the labels that it is recyclable and making people feel like it’s being taken care of.

Recent studies suggest of the plastic produced since the 1950s, 91% of it hasn’t been recycled. Instead, the scrap winds up in landfills, burned in incinerators, or in the oceans.

At this rate, plastic is set to outweigh fish in the ocean by 2050.

The complaint alleges that the ten companies named in the suit are guilty of engaging in a “decades-long campaign to deflect blame for the plastic pollution crisis to consumers.”

Some of the companies sued have said they’re already fighting plastics pollution.

“America’s beverage companies are already taking action to address the issue by reducing our use of new plastic, investing to increase the collection of our bottles so they can be remade into new bottles as intended, and collaborating with legislators and third-party experts to achieve meaningful policy resolutions,” a spokesperson for the American Beverage Association, which represents Coke, Pepsi, and others in the non-alcoholic beverage industry, said in a statement.