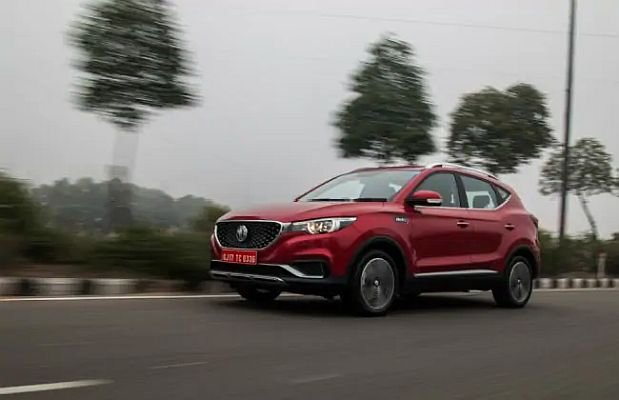 We often hear people complaining about not having enough range in an Electric Vehicle (EV) and as such they are not motivated to switch to them. At MotorOctane they decided to prove all of them wrong.

MotorOctane decided to drive from Mumbai to Delhi, a distance of around 1430 Kms, in a EV. But to their utter surprise when they shared this idea to the EV makers only MG motors seemed interested and confident enough to agree to lend their EV for this marathon drive.

They encountered Mumbai traffic post midnight. All the flyovers were shut for some maintenance or metro work. After about one and half hours they managed to cross the outskirts of the city with all this traffic.

Now they were maintaining about 60-70km/hr on the dial, driving in Eco mode and using Kinetic Energy Recovery System (KERS) to its maximum potential.

The team reached Surat, in 5 hours and thirty-seven minutes, with a power of 29% in the lithium army. This was unbelievable. They were saving power. This trip was done with AC on always.

Next leg was Ahmedabad and driving at a max legal speed of 100km/hr on Vadodara-Ahmedabad highway, the team now had a lead of 4 hrs. The vehicle charging took 1.5 hours with a DC charger at Ahmedabad Dealership.

The next leg was till Udaipur and they sailed through this smoothly with 10% charge left and a distance of 285kms covered. By now they had managed to cover more than half of the distance in the first day itself.

However the Udaipur-Jaipur stretch proved challenging, they had just 5% power left as they covered a distance of 369 Kms with AC-Off. The power consumption was about 11.2kW/100km as per the meter. Average speed was close to 43km/hr majorly due to the single-lane highway. It was on this leg that they worked 1000kms in 36 hours.

They left Jaipur with 76% charge and were not sure if they will manage to reach Gurugram even… As they entered Haryana, Gurugram was 100kms and Delhi dealership 130kms. The car showed a range of 105kms only. Things looked ‘not do-able’. A top-up was the requirement.

The team did nothing and started on the last leg and managed to reach Delhi Dealership at 3.29 am with 10% power still left, meaning they could travel 30 Kms more.

This trip clearly shows that electric vehicles are ready for long haul. We as humans aren’t ready mentally to expect it. Of course with more DC chargers it will be a different ball-game, but even now the situation isn’t bad.