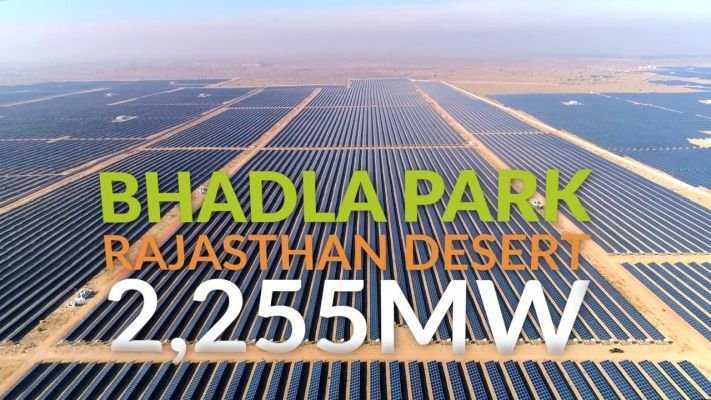 India has completed its largest solar park with the commissioning of a 300 megawatt solar power project at Bhadla solar power park in Rajasthan by Hero Future Energies.

The solar park is spread over a total area of 10,000 acres (40 km2) in Bhadla, Phalodi tehsil, Jodhpur district, Rajasthan, India. It has a total capacity of 2,245 MW. The park had witnessed one of the lowest bids for a tariff of Rs 2.44 per kWh, which is the lowest till date for any solar auction in India.

Bhadla solar park is significant in many aspects. It saw multiple record-low tariffs during some highly competitive auctions. Projects at the solar park were developed by multiple companies through public-private partnership.

SB Energy, a joint venture of SoftBank, Foxconn and Bharti Enterprises, possibly owns the largest capacity in the park at 600 megawatts, secured across three auctions. Other major developers with projects at this solar park include ReNew Power, Acme Solar Holdings, Hero Future Energies, and Azure Power.