Byton Is Re-Opening In China After Pandemic 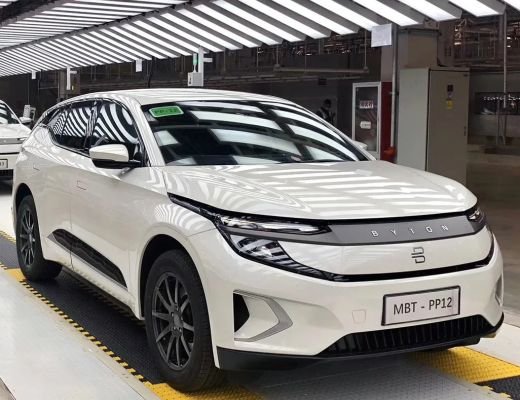 Byton the electric car company has re-opened its doors in China after the recent coronavirus pandemic. And as promised — Byton has kept the massive, 48″ infotainment display in Byton M-Byte! This Chinese all-electric vehicle automotive brand was established in 2017 and incorporated in Hong Kong, co-founded by former BMW and Nissan Motor executives.

Byton might be a tough sell, and so is pressing hard to retire the negative “Chinese quality” stigma held by many American and European buyers, and so it chose to construct a state-of-the-art, 860,000 sq-ft facility from scratch to brush up the image. Now, with the assembly line running, we’re starting to see the first fruits of that effort.

The first batch of pre-production prototypes — which is to say, the first “production ready” vehicles suitable for final testing before the assembly line is given the final green light — can be seen in th

As a quick reminder, the Byton M-Byte will be available with two powertrain options, with those being a single-motor rear-drive version with about 270 HP and a range of about 300 miles (483 km) as the first, and a second four-wheel drive dual motor version with 400 HP and a little less range — about 265 miles (426 km). Both versions will get the massive screen and slick, full-length moonroof.