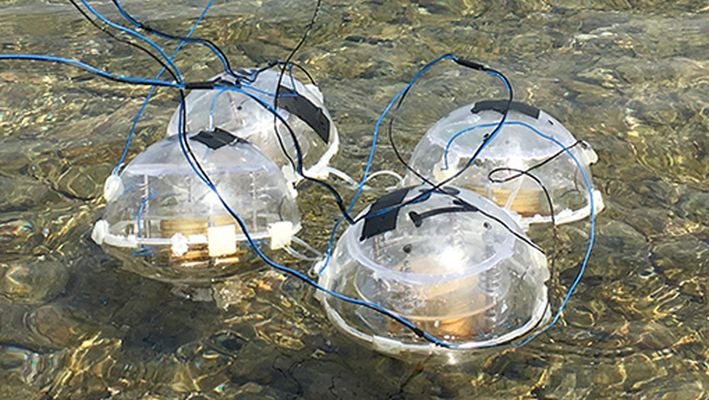 A new wave energy device  has been developed by a team of scientists from the Department of Materials Science and Engineering at the City University of Hong Kong. The system features three components: a spherical spring-assisted triboelectric nanogenerator (TENG) that can convert the mechanical energy of the wave into electricity; a power management circuit with a supercapacitor to temporarily store the harvested energy; and an electrochemical setup that can reduce carbon dioxide to formic acid.

A liquid fuel, in the form of formic acid, is favorable because it can be stored at room temperature and is relatively easy and safe to transport. More importantly, this technology can mitigate CO2, a major greenhouse gas, during the energy conversion process, and ultimately help combat climate change.

Formic acid (CH2O2) is the same stuff that ants and other insects use to mark their territory. In past years the global market for human-made formic acid was somewhat limited and confined mainly to leather processing.

More recently, the market has expanded to include preservatives for livestock feed. Formic acid is also emerging as an energy storage option for renewable hydrogen.

Rising demand for formic acid could spell good news for the petrochemcial industry, since formic acid is made from methanol. However, the new wave energy device could cut off that avenue by achieving the green trifecta of sequestering carbon and producing renewable formic acid with renewable energy.

Typically, wave energy converters use the up-and-down motion of waves to spin an electromagnetic generator to produce electricity.

Unlike conventional wave energy converters based on electromagnetic generators, the lightweight TENG, which can float on water surface and causes minimal impact to marine life and the sea floor, is more cost-effective and able to survive storms.

The research team also found that the new technology can achieve a higher wave energy conversion efficiency and power output than conventional converters.