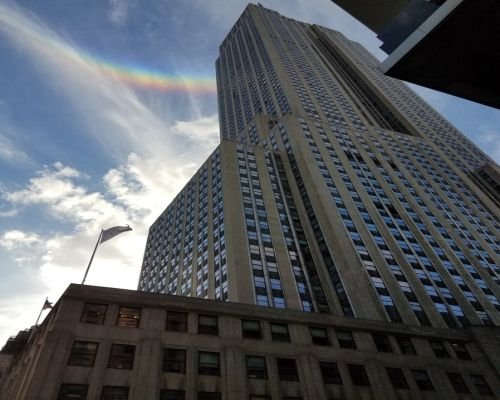 The Empire State Building has invested more than $30 million to make it more energy efficient. The elevators in the building now have energy recovery systems. Think of them as regenerative braking devices that operate vertically instead of horizontally.

Every light in the entire building is now an LED, including those that flash from its top at night to remind New Yorkers that brighter days are ahead despite the darkness on the land at present.

Every window has been upgraded to the highest energy conservation standards. Automated window treatments adjust the amount of daylight that enters the rooms during the day to reduce heating and cooling needs and decrease the amount of electricity needed to illuminate the rooms.

Heating devices have been modified to make them more efficient.

An energy audit revealed that devices left plugged in all the time were sucking up lots of electricity even overnight and on weekends when no one was using the offices in the building.

Now electronic devices can shut down some or all of the electrical outlets when not in use. The improvements made over the past decade are saving $4 million in electricity every year and the project is expected to pay for itself twice over.

An iconic building like the Empire State Building moving forward as it did, and not because there was a requirement but because they understood the benefits, is really significant. It demonstrates to other buildings what can be done.

For the record- heating, cooling, and lighting a building after it has been constructed accounts for almost 40% of all carbon emissions worldwide.