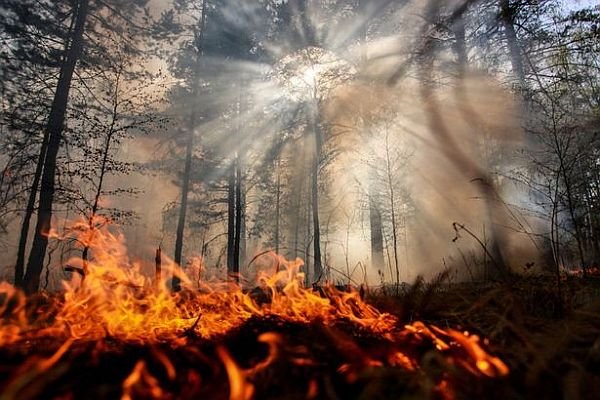 Siberia is experiencing record high temperatures that are nearly 40 degrees Fahrenheit above average. Snow cover is disappearing, sea ice is melting, and in 2020 fashion, we now have “zombie fires” — really intense fires that are raging.

Just to show you how hot it’s been in some areas of Siberia, several stations in North Central Siberia recorded temperatures that climbed well into the 80s! That is south Louisiana temperatures. Khantanga, a town that is located north of the Arctic Circle, recorded 78 degrees Fahrenheit on Friday. The normal temperature is 32 degrees.

Regarding those zombie fires, Russian officials are expecting that the summer will be the hottest the region has ever seen. They think there will be an unusually destructive fire season — last year, the fires burned 7 million acres of Siberian forests. So far this year, 1.5 million acres have burned.

There have been trends of fires showing up shortly after snow cover melts. These hot spots are showing up on satellite images and are leaving scientists wondering as to whether or not these “zombie fires” from last summer never really stopped burning. Perhaps they survived the winter by burning the layers of vegetation beneath the snow.

One theory is that the polar vortex is creating the record warmth. Siberia had a mild winter, while on the opposite side of the globe, Antarctica had a really warm summer and its own heatwave back in February.

Whether we want to admit it or not, our poles are having record heat and major changes keep coming. That disrupts one ecosystem after another.