Natural Gas Is No More A ‘Bridge-Fuel’ 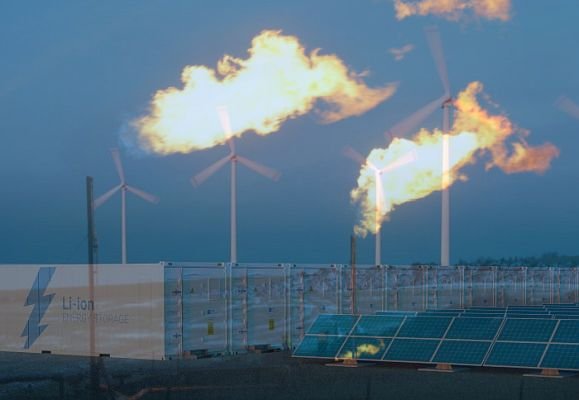 For a long time, it was assumed renewables would become ascendant one day but in the meantime, natural gas based new peaker plants would be needed because, you know, the wind doesn’t always blow and the sun doesn’t always shine.

For a while that was true, but once again a funny thing happened on the way to the renewable energy revolution. The costs of solar and wind farms plummeted along with the cost of battery storage.

Now, according to PV Magazine, several US utilities are saying “no thank you” to new gas-fired generation.

Utilities all over the world are planning to skip the “natural gas as a bridge fuel” narrative as they transition away from coal in their resource plans. They are closing coal generating facilities and are replacing them with new wind and solar power backed by battery storage.

The Institute for Energy Economics and Financial Analysis (IEEFA) says, “Up until recently, the easy option for utilities would have been to propose using gas to replace coal. But not any longer. Rising concerns about climate change and continuing reductions in wind, solar and battery storage costs coupled with improved performance have altered the playing field.”

This is all good news for clean energy advocates. The idea that natural gas, most of which is derived from fracking, was never a “bridge fuel.” That was an invention of the natural gas industry which has powerful friends at all levels of the federal and many state governments.