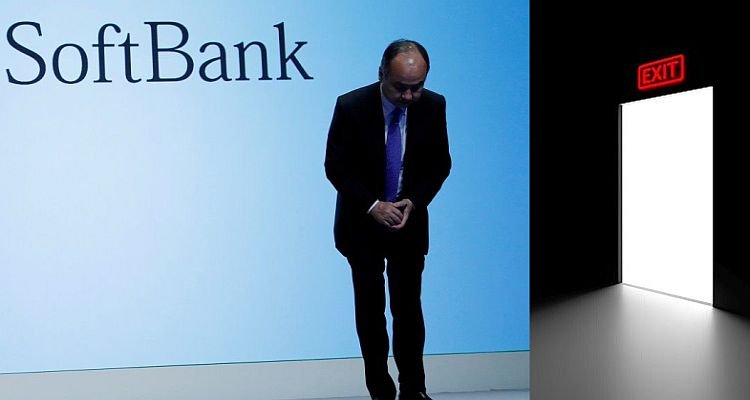 Firstly, it was Indian renewable energy developers and now even the lenders like SoftBank Group is looking to EXIT the renewable energy space as the performance of assets is hard hit due to the COVID 19-induced nationwide lockdown and increased competition from emerging players.

SoftBank Group is looking to sell its majority stake of 80% in the Indian green energy firm SBG Cleantech.

SBG Cleantech is a joint venture between SoftBank, Bharti Enterprises, and Foxconn Technologies. The company has a portfolio of around 7.7 GW of solar projects in India.

The company is reportedly holding separate talks with interested buyers Mubadala Investment, Brookfield Asset Management, and Canada Pension Plan Investment Board (CPPIB) for the sale of its assets.

Previously, the company had planned to sell a big minority stake, however, later the decision was taken for the entire stake sale. According to sources, the talks with CPPIB are in advanced stages.

SoftBank entered the Indian renewable energy market in 2015 and partnered with Bharti Enterprises and Foxconn.

SoftBank, the majority stakeholder in the company, had pledged to invest $20 billion to set up 20 gigawatts of renewable energy capacity in India. SBG Cleantech signed investment agreements with a number of states in India.

SBG Cleantech’s rise to one of the largest renewable energy developers was swift but riddled with challenges. In 2018, the Solar Energy Corporation of India (SECI) rejected SBG Cleantech’s 1.1-gigawatt bid to develop solar power projects, on the grounds of cartelization — a charge SBG refuted.

Incidentally, SBG lost another 250 megawatts of capacity in the state of Gujarat. Tariff bids quoted by SBG and two other developers were too high for the tendering agency’s liking.

Investment banks Bank of America and Barclays have been appointed to run the stake sale process for SB Energy.