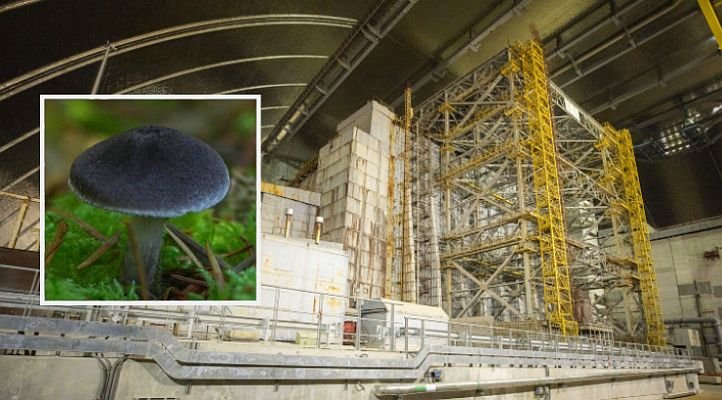 The greatest hazard for humans on deep-space exploration missions is radiation. To protect astronauts venturing out beyond Earth’s protective magnetosphere and sustain a permanent presence on Moon and/or Mars, advanced passive protection is highly sought after.

In search of innovative radiation-shields, biotechnology holds unique advantages such as suitability for in-situ resource utilization (ISRU), self-regeneration, and adaptability.

Certain fungi thrive in high-radiation environments on Earth, such as the contamination radius of the Chernobyl Nuclear Power Plant.

Analogous to photosynthesis, these organisms appear to perform radiosynthesis, using pigments known as melanin to convert gamma- into chemical energy.

It is hypothesized that these organisms can be employed as a radiation shield to protect other lifeforms.

Here, growth of Cladosporium sphaerospermum and its capability to attenuate ionizing radiation, was studied aboard the International Space Station (ISS) over a time of 30 days, as an analog to habitation on the surface of Mars.

The ISS study, which was shared online last week, found that an extremely thin sample of the fungus Cryptococcus neoformans was able to block and absorb two percent of the cosmic rays that hit it while it was on the ISS.

That’s certainly not enough to protect astronauts, but the sample in question was only two millimeters thick. A layer just 21 centimeters thick, the scientists say, would be enough to keep future Mars settlers safe.

What makes the fungus great is that you only need a few grams to start out. It self-replicates and self-heals, so even if there’s a solar flare that damages the radiation shield significantly, it will be able to grow back in a few days.