Deforestation – 90% Chance That Civilization Will Collapse In Next 20 Years 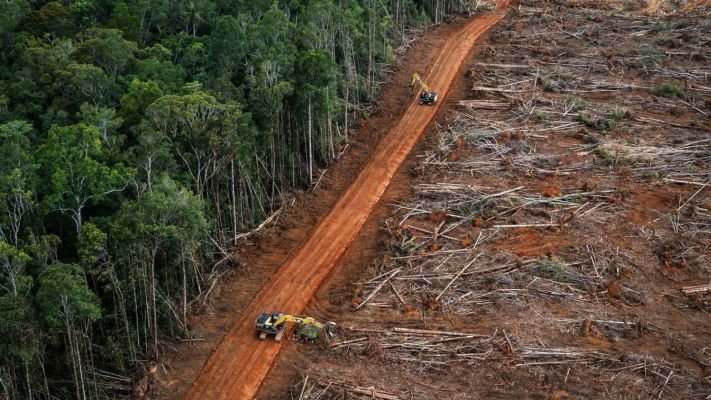 Two theoretical physicists specializing in complex systems conclude that global deforestation due to human activities is on track to trigger the “irreversible collapse” of human civilization within the next 20 to 40 years.

If we continue destroying and degrading the world’s forests, Earth will no longer be able to sustain a large human population, according to a peer-reviewed paper. They say that if the rate of deforestation continues, “all the forests would disappear approximately in 100–200 years.”

“Calculations show that, maintaining the actual rate of population growth and resource consumption, in particular forest consumption, we have a few decades left before an irreversible collapse of our civilization,” the paper concludes.

This trajectory would make the collapse of human civilization take place much earlier due to the escalating impacts of deforestation on the planetary life-support systems necessary for human survival—including carbon storage, oxygen production, soil conservation, water cycle regulation, support for natural and human food systems, and homes for countless species.

This verdict would seem to indicate that there is an over 90 percent probability of a collapse of industrial civilization, based specifically on assessing the impact of deforestation on the ‘carrying capacity’ of the planet—the capacity of the planet to support human life.

“Clearly it is unrealistic to imagine that the human society would start to be affected by the deforestation only when the last tree would be cut down,” reads the paper.