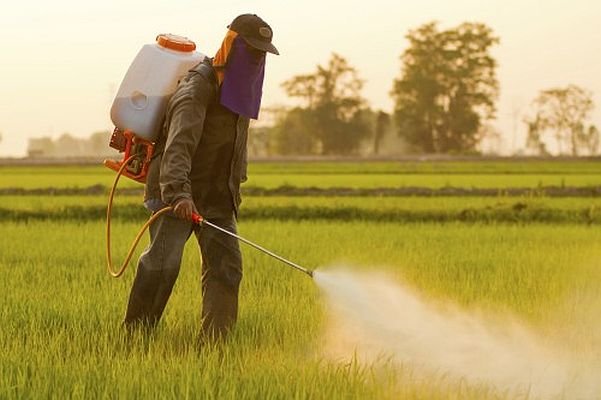 A new study reveals that fertilizer and pesticide applications to croplands have overtaken coal as the most significant source of sulfur (think: acid rain) to health and the environment.

Acid rain results when sulfur dioxide (SO2) and nitrogen oxides (NOX) are emitted into the atmosphere and transported by wind and air currents.

The SO2 and NOX react with water, oxygen, and other chemicals to form sulfuric and nitric acids. These then mix with water and other materials before falling to the ground.

The study, published in the journal Nature Geoscience, is titled, “A Shift in Sulfur-Cycle Manipulation from Atmospheric Emissions to Agricultural Additions.”

The authors outline how emissions of sulfur dioxide and reactive sulfur to the atmosphere have caused widespread health and environmental impacts.

Yet calls to decrease sulfur emissions through anthropogenic modification of the sulfur cycle aren’t over. Their analysis shows that sulfur applications to croplands in the US and elsewhere are often ten times higher than the peak sulfur load in acid rain.

No one has looked comprehensively at the environmental and human health consequences of these additions.

The researchers predict that increasing trends will continue in many croplands around the world, including places like China and India that are still working to regulate fossil fuel emissions.

Long-term sulfur additions to crops have consequences for the health of soil and downstream aquatic ecosystems just as those impacted by acid rain.

Sulfur in agriculture is not going away. Yet there is an opportunity to bring science and practice together to create viable solutions that protect long-term environmental, economic, and human health goals.