Lucid – The Fastest Charging Electric Vehicle In The World 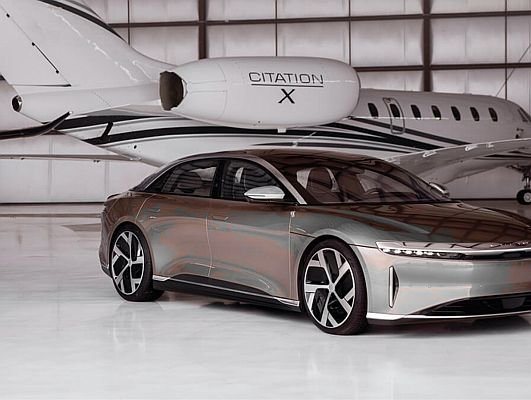 Lucid Motors, has unveiled four cars globally which also marks the launch of the newest rival to Tesla electric cars. Available in four avatars, namely, Air, Touring, Grand Touring, and Drem Edition. Lucid Air’s price starts at under $80,000. That is ₹58.65 lakh according to today’s exchange rates in India.

Lucid Air features one of the most advanced autonomous driver assistance systems (ADAS) available from any manufacturer, including Tesla.

It has a first-of-its-kind advanced driver-assistance system which features 32 sensors to cover vision, radar and ultrasonic, and the world’s first standard HD LIDAR in an EV.

It is also the fastest charging electric vehicle in the world and is able to charge at a rate of up to 32 km per minute when connected to a DC Fast Charging network.

This means the car can be charged to deliver a driving range of up to 483 km in only 20 minutes!