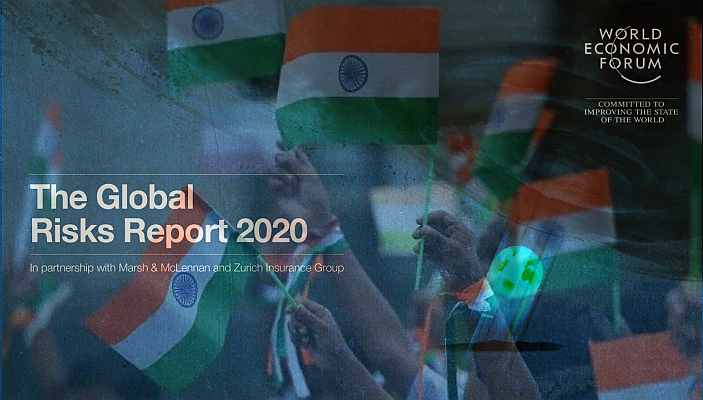 According to the World Economic Forum’s “The Global Risks Report 2020,” the effect of climate change is significantly more likely and will have greater intensity than the current global pandemic.

The effects of climate change in India are well documented – an IPCC report claims that around 600 million Indians are expected to be at risk of climate hazards.

For India, building climate resilience in both agriculture and urban infrastructure systems is urgently needed.

Coastal flooding will lead to a large-scale displacement of over 40 million people with 3 out of 8 Tier 1 cities in India (Kolkata, Mumbai, Chennai) classified as ‘severely vulnerable’.

Employing over 40 per cent population, Indian agriculture sector is expected to be severely affected by climate hazards like rising temperatures and erratic rainfall. This will create food insecurity amongst 350-400 million people.

However, it is getting increasingly clear that focus on mitigation alone will not be enough.

Historically the focus of global climate action has been centered around mitigation where India has made good progress in acting against our Nationally Determined Contributions (NDC) targets under the Paris agreement.

Given India’s high vulnerability to climate change, we have to significantly increase our focus on driving adaptation & resilience at scale across critical systems like agriculture, water & coastal infrastructure.

Here are some of the key challenges in climate adaptation which prevent it from reaching the scale of certain mitigation projects in India:

Along with growth & recovery, we should aspire to make India more sustainable and resilient.