This Is How Plastic Is Changing The Marine Ecosystem… 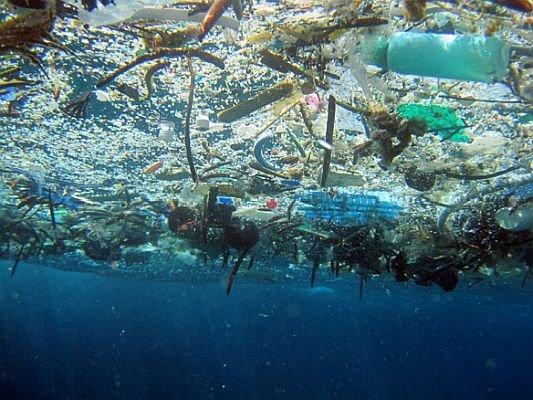 Trillions of plastic debris fragments are afloat at sea, creating a previously-unknown habitat for microbial colonization. They are rapidly colonized by microbes when released into marine environments.

Introduced more than 50 years ago, plastic substrates are a novel microbial habitat in the world’s oceans. The plastisphere (a term used to refer to ecosystems that have evolved to live in human-made plastic environments) consists of a complex community comprised of bacterial, archaeal, and eukaryotic microorganisms as well as microscopic animals.

Biofilm formation in the marine environment usually start with the adhesion of bacterial cells which modify the surface physicochemical properties, thus influencing the adhesion of successive colonizers such as algae, cyanobacteria, and protists.

These unnatural additions to sea surface waters and the large quantity of cells and biomass carried by plastic debris has the potential to impact biodiversity, ecological functions, and biogeochemical cycles within the ocean.

A research summary describes how the team investigated nanoparticle generation from plastic such as polystyrene, which is known to disintegrate into nanoparticles in sunlight and ultraviolet radiation, and how this might disrupt microalgae.

Thus, PMD in the oligo-trophic subtropical gyres could provide a nutritional benefit for sessile microbes, altering the open ocean community and microbial loop by stimulating attached communities and gross production.

It would also simultaneously strip nutrients from the water column, inhibiting the growth of free-living cells.

In the open ocean, nutrients are limiting. Just like we need to put fertilizer on a garden, microorganisms in the ocean are limited by nitrogen, iron, or phosphorous depending upon where they are — except in the open ocean, there is typically no fertilizer, so something has to die for another organism to live.

So essentially, these microbes on plastics are taking habitat space away and represent the beginning of a regime shift for these habitats.