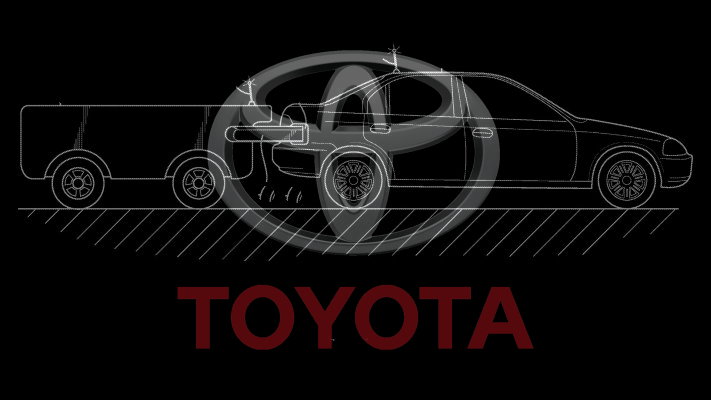 Toyota has patented an autonomous refueling drone system that can drive out to your location and top up your car’s gasoline tank, hydrogen fuel cell or battery on the go.

Somewhat reminiscent of aerial refueling in planes, it’s not clear whether the system would only work on stationary vehicles, or if the system could work while the car is still moving.

According to patent filings, the “autonomous drone” includes a storage area, a fuel delivery mechanism, and a central controller.

It’s likely it could only work with stopped vehicles for safety reasons, however, the patent’s title is “on-the-fly,” which can be interpreted in a few different ways.

The Toyota patent drawings show the drone in extremely close proximity with the vehicle it’s refueling/recharging, which may imply the vehicle is stopped.

The drone could also theoretically make several refueling stops along a single route before heading back to recharge itself.

Proximity sensors, GPS and automated fuel ports could allow such a drone to take care of the entire operation, with the driver sits back and relaxes inside their vehicle.

Obviously, this is just a single patent filing — it’s unlikely tech like this will make it into production any time soon. A variety of competing charging technologies could also make such a system dead on arrival.

In fact, we haven’t even reached level 5 autonomy yet. In other words, drivers are still very much required to navigate roads — meaning the AI isn’t even here yet that would allow a unit like this to drive itself out to where it’s needed.