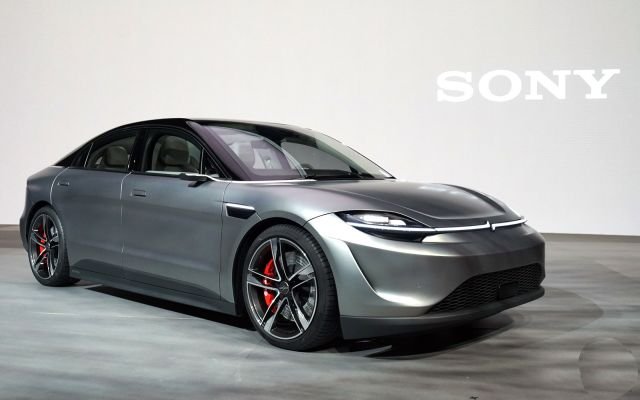 Just one year after Sony shocked the automotive community with the launch of its Vision-S electric car at CES 2020, and there is a for-real, fully functional, 536 horsepower prototype of Sony’s electric car currently undergoing public road testing in Austria.

When the concept was announced, the company had said the car would have 33 sensors, including CMOS, ToF (Time of Flight), and LiDAR. That number has been bumped to 40!

Sony also revealed more details about the Vision-S as part of CES’ digital 2021 platform, including what the company calls the Personalized Cabin.

The car’s interior ToF and driver monitoring cameras identify the driver, then make adjustments to the seat positions, mirrors, lighting, HVAC systems, even dashboard visuals, to “ensure that the environment inside the vehicle’s cabin is optimized for the individual,” in Sony-speak.

All of this kind of makes sense in the context of company’s “software first” approach to the car’s design. They will continue to further develop the vehicle, and plans to conduct driving tests in other regions as well going forward.

One of Sony’s partners that’s working on the vehicle, did say they have a feeling all involved parties want to bring this vehicle to the streets as soon as possible.

Although the company is still denying that they’re not going to build an electric car, but then why keep developing the platform? Why go to the trouble of building several of these things?

“We feel Sony is going to build its own electric car.”