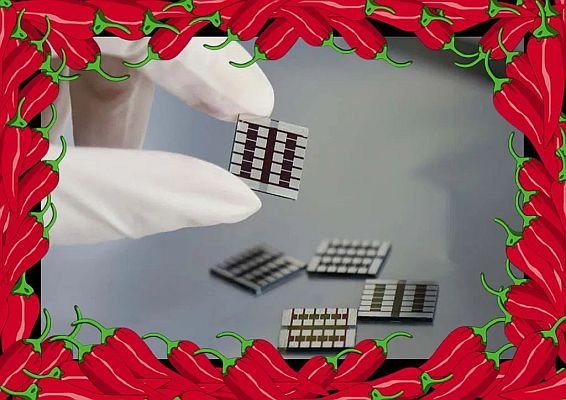 Scientists in China found that capsaicin, the natural compound responsible for a chili pepper’s spicy flavor, can also act as a ‘secret ingredient’ in perovskite solar cells, making them both more efficient and stable.

The group added capsaicin to the precursor materials of a common perovskite, leading to dramatic improvements in the resulting solar cell.

The collaboration between scientists in China and Sweden, found that adding a small amount of capsaicin to the precursor mix for methylammonium lead triiodide (MAPbI3) – so far the most commonly investigated perovskite for solar cell applications – can lead to great improvements in both the efficiency and long term stability of the solar cell.

Upon adding to the perovskite mix, capsaicin has shown to completely transform the surface of the material, passivating defects and increasing electron density, allowing for better charge transport.

Testing showed that the devices containing capsaicin achieved 21.88% efficiency, compared to 19.1% for control samples produced without the additive.

Cells with capsaicin also retained 90% of their initial efficiency after 800 hours stored in ambient conditions.

The group now plans to focus on improving this stability value, as well as investigating the use of capsaicin in other perovskite materials, particularly those that don’t contain lead or any toxic materials.