Budget 2021 – Towards An ‘Atmanirbhar Bharat’ In Solar… 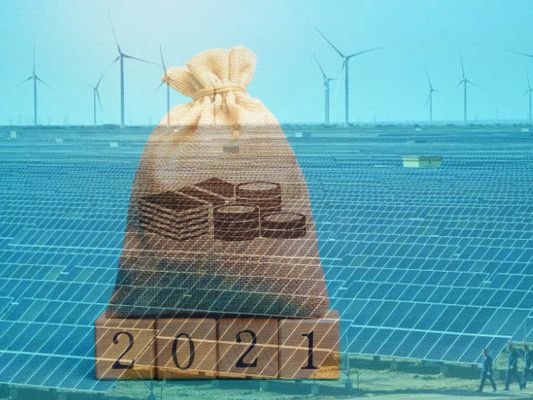 Budget 2021 has put emphasis on the solar energy sector as part of the government’s larger focus on renewable energy.

Finance Minister Nirmala Sitharaman also said that to build up domestic capacity, the government would notify a phased manufacturing plan for solar cells and solar panels.

Apex solar body, National Solar Energy Federation of India (NSEFI), welcomed the move for the increase of duty on inverters.

This will not only promote indigenous manufacturing of inverters but will also lead to job creation in the sector especially impacting MSMEs.

Regarding duty hike on solar lanterns, the NSEFI added that the announcement was a necessary step to place Indian manufacturers in a comfortable position and also to enable India in becoming a global leader in supply of solar lanterns.

According to a recent study by GOGLA and C-kinetics, India is one of the largest markets in the world for solar lanterns and has a potential to be a $300-million market for lanterns.

To give a further boost to the non-conventional energy sector, FM proposed to provide an additional capital infusion of Rs 1,000 crore to Solar Energy Corporation of India (SECI) and Rs 1,500 crore to Indian Renewable Energy Development Agency (IREDA).

Budget 2021 has also proposed a comprehensive National Hydrogen Mission to be launched in 2021-22 for generating hydrogen from green power sources.

To sum up Budget 2021-22 made the below mentioned significant announcements for the renewable energy segment:-

Hope we will at least see a “Aatmanirbhar Bharat” in solar manufacturing domain by the next budget presentation .