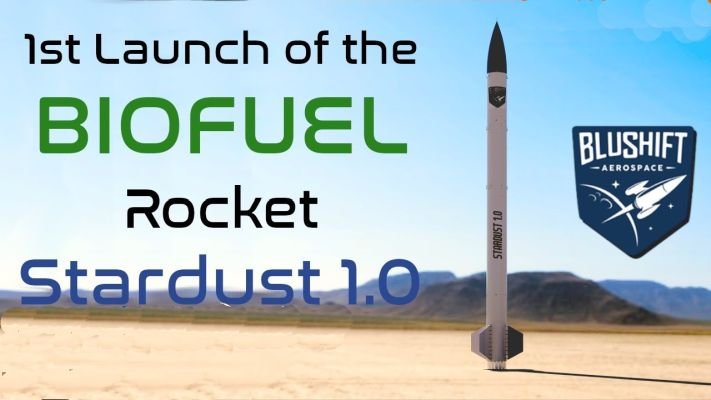 The space startup bluShift Aerospace successfully launched a low-flying rocket on Sunday using a kind of fuel that the company says can be grown on a farm.

Stardust 1.0 is a small sounding rocket powered by a “bio-derived” solid fuel to act as as a testbed for future bluShift rockets capable of launching tiny nanosatellites.

The rocket didn’t reach space (or even a mile up), but marked a major milestone for a company aiming to launch bespoke missions tailored for tiny satellites.

The company plans to become the first private aerospace company to launch a single-engine biofuel-powered rocket, though there’s a long way to go in order to reach that point from its mile-high test.

However, this test is still a solid showing for the prospects of environmentally-friendlier biofuel.

The company claims that its proprietary biofuel is non-toxic, carbon-neutral, and “can be cheaply sourced from farms across America.”

Future tests will show whether the fuel — and the rockets it propels — are ready to make a dent in conventional rocket fuels. But if it works out, the more-sustainable rocket fuel could go a long way to helping clean up an environmentally-destructive industry.