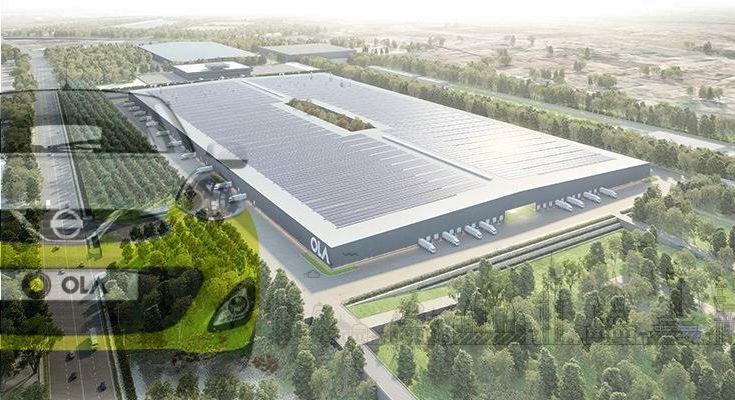 App-based taxi service Ola has set up a global manufacturing hub for electric motorcycles in the southern Indian state of Tamil Nadu from here it plans to manufacture 10 million electric two-wheelers per year.

The Bengaluru-headquartered Ola is planning to invest more than Rs 24 billion ($332 million).

The factory will serve as the company’s global manufacturing hub for its range of electric-powered scooters and two-wheelers for across India and international markets including Europe, UK, Latin America, Asia Pacific, Australia, and New Zealand.

As per reports, Ola will finish the phase stage of the Future Factory by June this year, however, the entire facility is expected to be completed by 2022.

The facility, which will have a production capacity of 2 million units a year, will be built on a 202-hectare site in India’s southern state of Tamil Nadu. It will have 10 production lines and will roll out a scooter every two seconds at full capacity.

The company, which is backed by Japan’s SoftBank Group, has more than 2.5 million driver-partners and along with America’s Uber, forms an integral part of India’s taxi-service sector.

According to Hurun Global Unicorns 2020 index, Ola was valued at $6 billion and ranked fourth after Paytm, Oyo, and Byju’s.