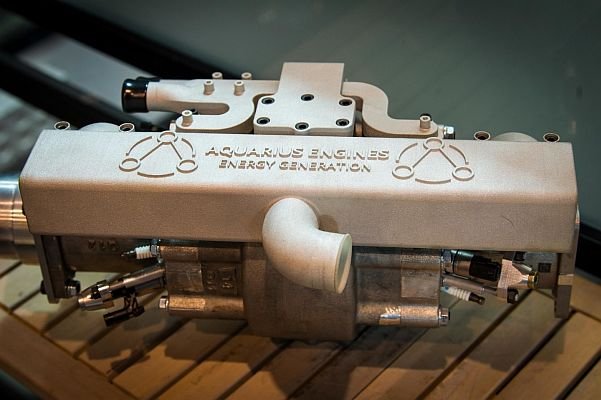 Israel-based Aquarius Engine unveiled a new hydrogen engine that it says could do away with the global reliance on hydrogen fuel cells and fossil fuels.

The 10kg Aquarius Engine was invented in 2014 and is designed to be used as an onboard power generator in a vehicle or as a stand-alone electricity generator.

Unlike most conventional engines that are made of hundreds of parts, the Aquarius Engine has just twenty components and one moving part. The lightweight streamlined design makes it inexpensive and highly efficient with minimal need for maintenance, compared to traditional engines.

Though Aquarius Engines has so far released little in the way of specifications for their new engine, the company says the Aquarius Hydrogen Engine’s “lightweight design and unique internal-gas-exchange-method would greatly reduce emissions and lower the global carbon footprint.”

The company waited to unveil the new hydrogen engine until after successful third-party tests were conducted by the world-renowned Austrian engineering firm AVL-Schrick.

The tests demonstrated that a modified version of the original Aquarius Engine can fully operate on Hydrogen.

The main selling point of the new Aquarius Hydrogen Engine, with its one moving part, is the fact that it’s much cheaper than hydrogen fuel cells. The company adds that the machine doesn’t even need lubrication for maintenance.