Hydrogen Fuel Cells To Be Deployed In An Aircraft Near You 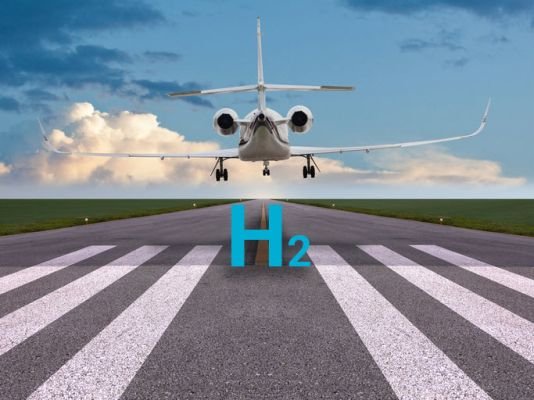 Fuel cells can power a zero emission electric car, like a battery. The big attraction relates to charging time. It makes electricity on-the-go, through a reaction between hydrogen and ambient oxygen.

The quick fueling time, long range, and power output makes them useful in all sorts of other applications, one of which is aviation.

That brings us to General Motore (GM). The company announced that it is applying its HYDROTEC fuel cell system to the aviation area, with an assist from the global firm Liebherr.

Under the agreement, Liebherr will deploy its test lab at its Liebherr-Aerospace facility in Toulouse, France, to demonstrate how a fuel cell power system could be used in flight.

The demonstrator will incorporate GM’s precisely crafted, HYDROTEC power cube and cell system, along with the GM’s controls and models. Lower emissions and lower noise than conventional aircraft operation: with these fuel cell advantages, among other things, both companies see a great opportunity for use in aviation.

GM, through its relationship with Honda, is one of the world’s most advanced fuel cell developers in many industrial fields, now entering into aeronautics.

The change from the conventional to a hydrogen technology-based electrical power generation system means major systems modifications on board the aircraft that could result in better, more efficient performance of the plane and Liebherr has a advantage here.

The advantage of GM’s HYDROTEC fuel cell technology is that it has shown promise in extensive automotive and military programs, where it has shown to be reliable from the engineering and manufacturing perspectives.

In addition to its new aviation venture, GM is aiming to deploy HYDROTEC fuel cells and its Ultium battery in locomotives, in partnership with the railway firm Wabtec Corporation.