On The Edge Of A Fusion Energy Breakthrough… 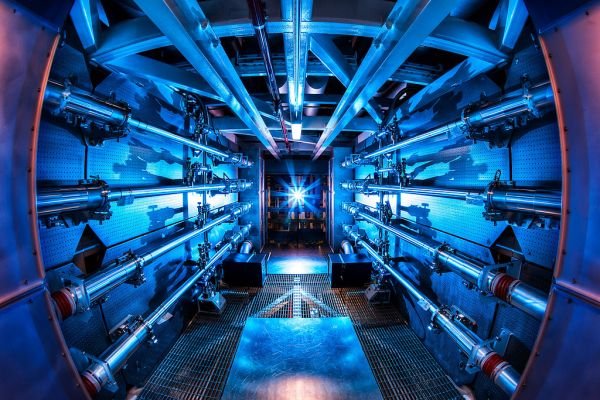 Fusion energy — to many, the holy grail of sustainable energy — is on the edge of its next breakthrough.

Using a powerful laser at the National Ignition Facility (NIF) in California, researchers managed to heat up a peppercorn-sized sample of two hydrogen isotopes well past the temperature of the Sun’s core, a process known as inertial confinement fusion (ICF).

ICF is one of two major branches of fusion energy research, with the other being “magnetic confinement fusion,” a field that has seen its own recent breakthroughs.

During the experiment carried out at the NIF earlier this month, scientists managed to harvest 70 percent of the energy — about 1.35 kilojoules worth — used by the powerful laser to start the fusion reaction inside the fusion energy reactor.

Scientists at the NIF are particularly excited about their recent experiment as the fusion reaction is starting to be hot enough to lead to more fusion reactions, a process known as ignition. The demonstration of ignition has been a major scientific grand challenge since the idea was first published almost 50 years ago.

While that may not sound like much, it’s a big leap in the field. This is a huge advance for fusion energy because we are slowly approaching the point of truly “achieving nuclear fusion,” or generating a net-positive amount of energy — an infinite supply of carbon neutral energy without ever running the risk of a nuclear meltdown.