Are Fires In Electric Vehicles A Common Occurrence? 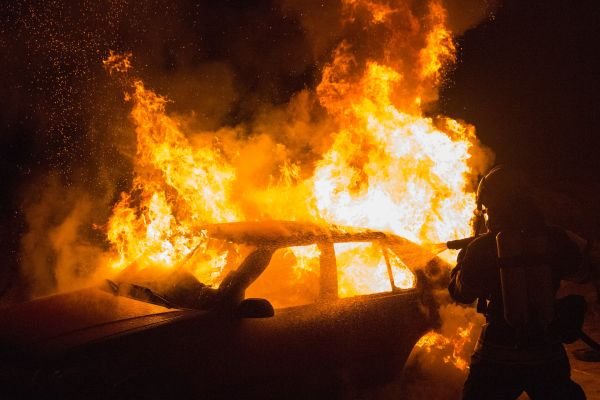 Despite strong feelings that convinced a condominium organization in Colorado to prohibit electric vehicles (EVs) from parking in their garage owing to the “continuous fire dangers” associated with EVs. The prospect of your automobile catching fire in the garage is surely frightening.

So, how spontaneous and common are fires in electric vehicles like Tesla?

A cursory glance at the above image reveals a total of 60 Tesla fire-related occurrences from 2013 to 2021. That’s an eight-year span. According to the National Fire Protection Association (NFPA), a total of 212,500 car fires resulted in 560 civilian deaths in the United States in 2018.

According to the NFPA, there are approximately 14,070 fires caused by spontaneous combustion or chemical reaction each year. And if we examine that list of Tesla-related fires and go through each news piece, we can see that the majority of those incidents were caused by driver mistake, not randomly exploding cars.

The NFPA issued a paper titled Fire Loss in the United States in September 2021. Vehicle fires accounted for 15% of fires, 18% of civilian deaths, and 11% of civilian injuries, according to the report. In 2020, there were a total of 209,500 automobile fires, resulting in 630 civilian fatalities.

AutoinsuranceEZ recently revealed the conclusions of a research titled Gas vs. Electric Car Fires [2021 Findings], and the data indicates that hybrid vehicles have the greatest vehicle fires per 100,000 vehicle sales, followed by gas vehicles.

Several short facts from the study include the following:

According to the statistics above, it looks that electric vehicles are generally safer than ICE automobiles in terms of vehicle fires, with Tesla fires being even fewer.