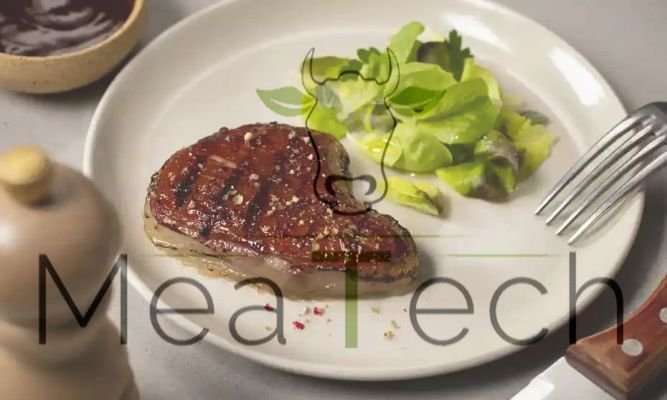 MeaTech 3D, an Israeli firm that specializes in lab-grown meat, has successfully bio-printed a 3.67-ounce steak made entirely of layers of lab-grown fat and muscle cells – the world’s largest lab-grown steak.

According to the business, this is the “biggest cultured steak made to date,” indicating that it represents a “essential milestone toward the goal of scaling up production of developed bio-printed steak.”

MeaTech 3D anticipates launching a pilot program for their manufactured animal fat steak and other goods next year.

Whether the firm will be able to expand its operations sufficiently to produce lab steaks at a fair price is an open question — one that haunts the entire fledgling sector.

However, MeaTech 3D is far from alone in its efforts to industrialize the technique. The company is part of a much bigger trend of enterprises, many of them in Israel, that are placing a high premium on the future of lab-grown meat.

While corporations are taking steps to expand their distribution of cultured meats, the true test will be if customers are ready to try them. In other words, whether it will succeed in the same way as the tremendously successful transition to plant-based meat replacements is anyone’s guess.

While the technology is still in its infancy, it has the potential to significantly reduce our dependency on animal agriculture and slaughter, as well as the carbon impact of our food.