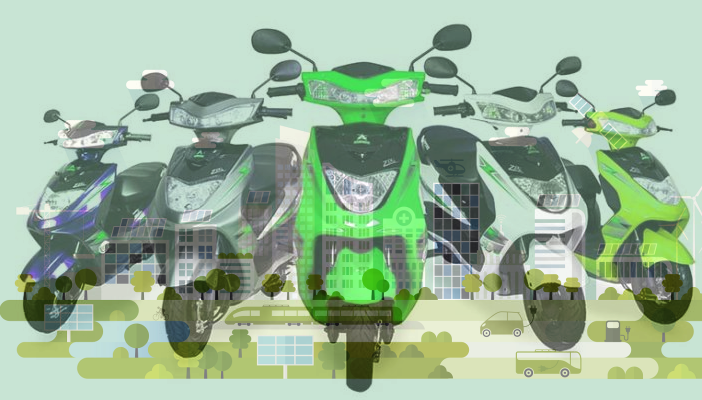 Climate change has emerged as a worldwide issue, with transportation playing a crucial role. Unlike its Western equivalents, India’s local transportation system is based on two- and three-wheeled vehicles.

While public transportation has become ubiquitous, two- and three-wheelers are here to stay. According to McKinsey & Company Insights, India will have 80% electric three-wheelers by 2026 and a significant acceleration toward electrified scooters.

Startups in India have benefited enormously from this, with Mobility-as-a-Service (MaaS) businesses gaining traction in metropolises such as Mumbai, Delhi, and Bangalore. Yulu and Bounce are innovative firms that supply electric bikes and scooters with strategically situated docks for clean, affordable, and sustainable local commuting.

Along with the MaaS model, retail customers are expressing an increasing interest in EVs both scooters and four-wheelers. The typical buyer has increased significantly as a result of the desire to purchase economical and low-maintenance electric scooters at a reasonable price range, which is a cornerstone of the Indian consumer.

While acceptance of four-wheeled electric vehicles (EV) is slower than that of their two-wheeled counterparts, there is still hope. Cab aggregators such as Ola and Uber are transitioning to electric vehicles, as are companies such as BluSmart, an all-electric ride-hailing service that has experienced significant growth and attracted a Series A round from investors including oil major B.P. and 9 Unicorns.

As startups mature and consumer acceptance accelerates, the future of Indian urban mobility seems cleaner, but the government will need to drive this change even further by rewarding both startups and buyers.