Native Trees Should Be Chosen for Afforestation Programs 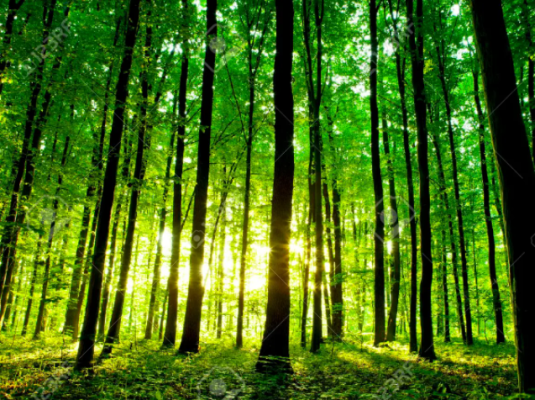 Planting a tree to rescue the globe is a noble idea since trees store carbon by absorbing CO2 from the atmosphere through pores in their leaves. They store it in their branches and trunks and use photosynthesis to convert it into biomass.

Carbon is subsequently sequestered and accumulates in the form of biomass, deadwood, litter, and forest soils. Forests may store up to 45 percent of the carbon deposited on land. Because of their propensity to absorb CO2, woods are sometimes referred to as carbon sinks.

Carbon sinks absorb more carbon than they emit. These sinks play a critical role in keeping carbon dioxide levels in the atmosphere under control. When done correctly, a large tree planting campaign can help to repair a damaged environment.

However, when done incorrectly, plant a tree efforts can worsen problems such as stormwater runoff, biodiversity loss, and soil depletion.

A transplanted tree requires care in the days, weeks, and months following planting; failure to do so might nullify the entire humanitarian effort to plant a tree to save the earth.

Trees require a certain habitat in order to exist and develop. Not every tree is good for every environment, and not every tree may be planted in every season. Planting the wrong trees in the wrong area might actually lower biodiversity by hastening extinctions and weakening ecosystems.

So, what kind of tree should be planted? A “Native Tree” is always a safe bet.

Native tree species grow organically in a region and have done so for thousands of years. These plants can help migrating wildlife by creating natural corridors or islands in the urban landscape. Many animal species do not identify non-native tree species and hence cannot use them for food or shelter.

Because native trees are well-adapted to the local environment, they have the highest chance of survival. They frequently do not have as many insect issues as non-natives, and they typically leaf out later and lose leaves earlier than non-natives.

This permits the sun to reach the tree’s understory for a longer length of time, allowing low-growing plants to function better. Native trees are highly adapted to a certain temperature and soil type, and once established, require far less water and nutrients than non-native plants.

Tree planting that carpets broad areas with commercial, nonnative species to combat climate change stores carbon but provides little support to the webs of life that formerly thrived in such locations.