Battery-Free Wireless Sensors Are Blowing In The Wind 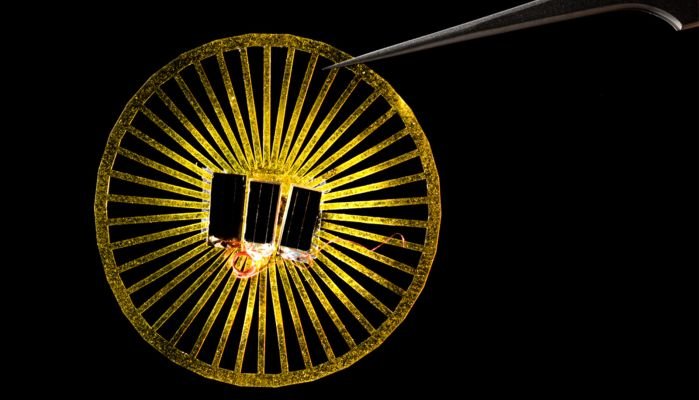 A University of Washington team has designed a tiny sensor-carrying gadget that can be blown by the wind as it tumbles toward the earth, inspired by how dandelions use the wind to disseminate their seeds.

These wireless sensors will be used to monitor temperature, humidity, and other environmental factors over wide areas of land, such as farms or woods.

This system is around 30 times the weight of a 1 milligramme dandelion seed, yet it can still travel 100 metres in a gentle breeze, roughly the length of a football field, from where it was launched by a drone.

The gadget can carry four sensors, is powered by solar panels, and can communicate sensor data up to 60 metres away.

To keep things light, the crew powered the electronics with solar panels rather of a bulky battery. The solar panels on the gadgets landed upright 95 percent of the time.

Because of their form and structure, they can turn over and fall in a continuous upright posture, similar to a dandelion seed. A capacitor and a gadget that can store some charge overnight are among the onboard electronics.

Backscatter, a means of transferring information by reflecting sent signals, is used by these devices to wirelessly relay sensor data back to the researchers. Sensor-equipped devices that measured temperature, humidity, pressure, and light relayed data until sundown, when they shut off. Data collection resumes when the devices turned themselves back on the next morning with the sun rise.

There is nothing on this gadget that will run out of power – it will continue to function until it physically fails. One disadvantage is that electronics will be dispersed across the environment of interest  so the researchers are looking for ways to make these systems more biodegradable.