Theion Crystal Battery Will Allow EVs To Travel 1400+Kms On A Single Charge! 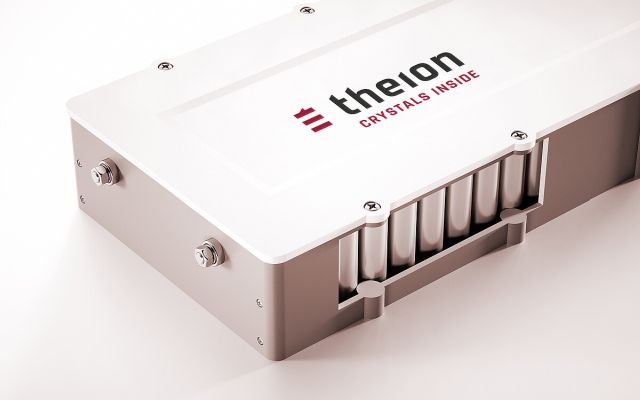 Theion, a German battery firm, is promising a new sulfur battery technology that may enable common electric cars to go 900 miles (1448 Kms) on a single charge. Sulfur is inexpensive in comparison to lithium-ion technology.

Sulfur is essential to Theion’s technology. Sulphur, unlike lithium, uses significantly less energy to produce and costs only pennies on the dollar to obtain.

The cathode in current battery technology is made of nickel, manganese, and cobalt. It’s termed NMC 811 because it’s made up of 80% nickel, 10% cobalt, and 10% manganese. NMC 811 is substituted with sulphur in Theion’s instance.

So there is no nickel, manganese, or cobalt in this sulfur battery, and the existing collective folds of copper and aluminium have been substituted with graphene. The only things they have in cells are lithium metal foil, sulfur, and carbon.

Theion is producing a pure Sulfur wafer in a few seconds using its proprietary Direct Crystal Imprinting (DCi) process (no slurry coating, no solvents, no water, no drying). Because of the process’s versatility, they can develop any geometrical shape of wafer, and so adapt to the customer’s product shape.Their cathode can function at low porosity because a specific conversion method removes practically all volumetric variation of sulphur at the wafer level.

Sulfur wafer uses a novel solid-state polymer electrolyte in the voids. To enhance the energy and power content of such cells, the battery technology is compatible with bipolar cell arrangements. The cell stack is then built into a housing that best matches the customer’s application geometrically.

Theion’s next step is to ship its material later this year to aerospace customers as part of the qualification stage. Then it plans to service air taxis, drones, mobile phones and laptops before turning to electric vehicle sectors in 2024.