TPV Cell That Converts Heat To Electricity With Over 40% Efficiency 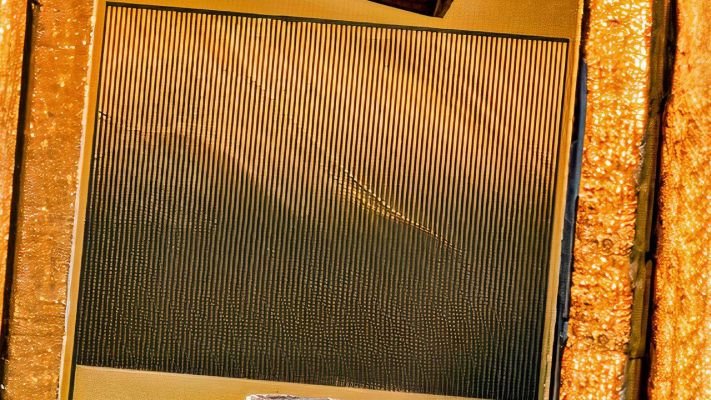 Engineers at MIT and the National Renewable Energy Laboratory have created a thermophotovoltaic (TPV) cell that turns heat into electricity with a conversion efficiency of more than 40%, outperforming standard steam turbines.

The researchers refer to their finding as a heat engine, which is a device with no moving components that passively absorbs and transforms high energy photons from a white hot heat source into electricity.

The team’s invention can produce energy from a heat source ranging in temperature from 1,900 to 2,400 degrees Celsius (4300 degrees F).

The researchers intend to combine the TPV cell into a grid-scale thermal battery, which would collect extra energy from renewable sources like the sun and store it in strongly insulated banks of heated graphite. When energy is required, such as on cloudy days, TPV cells turn heat into electricity and send it to the electrical grid.

So far, the researchers have successfully shown the system’s primary components in small scale studies and are trying to connect the components to produce a fully operating system.

They intend to build up the system from there in order to replace thermal producing units and allow a fully decarbonized power grid powered exclusively by renewable energy.

For the experiments, the cell was around a square centimetre in size but for a grid-scale thermal battery system, TPV cells would have to be scaled up to about 10,000 square feet (about a quarter of a football field), and would have to be operated in climate-controlled warehouses to draw power from banks of stored solar energy.

Good thing is that an infrastructure already exists for making large scale photovoltaic cells and that could be tweaked to manufacture TPV cells.