Cryptocurrencies Can Be Made Eco-friendly Up To A Great Extent! 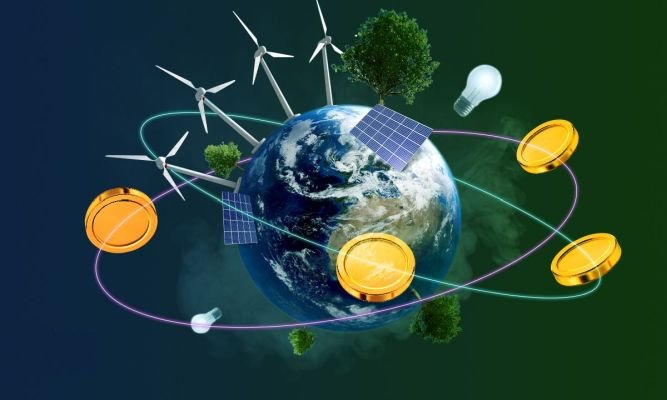 People have a wide range of emotions when it comes to bitcoin. It’s the cryptocurrency that began it all, the source of a thousand jokes, a thousand more questions, a slew of questionable compensation decisions, and an entire industry built around the promise of a financial revolution.

Whatever your position on bitcoin, one truth is undeniable: it consumes a lot of energy. One frequently cited example is that it consumes more energy than the annual usage of nations such as Finland or Denmark, which is alarming in a world that is already warming.

So, why is Bitcoin so energy hungry?

Bitcoin, like many other cryptocurrencies, operates on a basic principle: every 10 minutes, the bitcoin protocol — the code that powers bitcoin — creates a math equation with a numerical answer.

To mine bitcoin, you must guess what the answer is. As more individuals (i.e., computers) attempt to guess that number, the protocol changes itself to make the number more difficult to predict, requiring more computing power to make more guesses rapidly.

This is known as proof of work in computing: the more labour you put in, the more bitcoin you receive out.

In the early days of bitcoin, the math calculations were simpler, and you could mine bitcoin rather rapidly using only a home computer. However, as bitcoin’s popularity expanded and more individuals entered the mining game, the computer power (or “work”) required to locate the correct number sequence grew as well.

All of that energy usage comes at a high environmental cost. Most utilities in the United States still rely heavily on fossil fuels to generate power, and providing the energy required for bitcoin mining frequently necessitates the use of even more fossil fuels.

Bitcoin supporters argue that the simple answer to this problem is to power mining facilities with renewable energy. Solar or wind farms frequently generate more power than the grid requires at any given time.

Crypto mining businesses may assist by purchasing extra energy and utilizing it to power their mining operations. They can even help spur new renewable energy developments by offering developers guaranteed demand for their energy.

Cryptocurrencies are here to stay, at least for the foreseeable future so the above suggestion is an easy way to reduce their carbon footprint starting tomorrow.