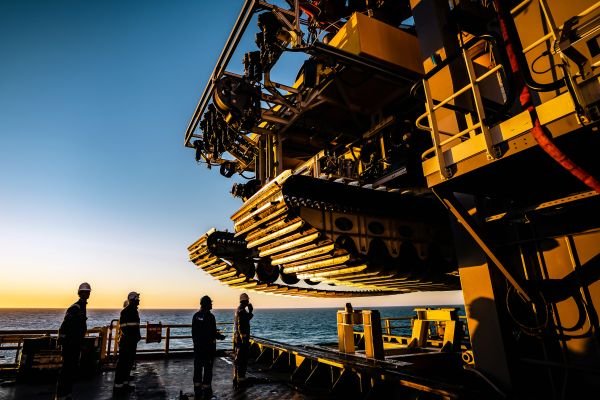 The Metals Company (formerly Deep Green) and Allseas announced the successful completion of a deep-water test of its polymetallic nodule collecting vehicle in the Atlantic Ocean. The vehicle was tested in about 2,500 metres deep.

The Metals Company is primarily interested in polymetallic nodules found on the seafloor. These tiny mineral balls contain key metals utilized for the manufacturing of electric cars, especially batteries.

Since 2019, Allseas and The Metals Company have collaborated extensively to build this prototype system. The pilot nodule collecting vehicle, developed and built by Allseas, was launched and lowered to the seafloor at depths of 2,470 metres. According to the business, this is the first time the vehicle has encountered such deep-water conditions.

This proved the robot’s capacity to function in pressure and temperature circumstances comparable to those found in the Clarion Clipperton Zone of the Pacific Ocean, which is controlled by the company’s wholly-owned subsidiary, Nauru Ocean Resources Inc. (NORI).

All of the experiments to date, according to the business, are preparing for the entire pilot nodule collecting system trials, which will take place later this year over an 8 km2 stretch of the NORI-D contract area.