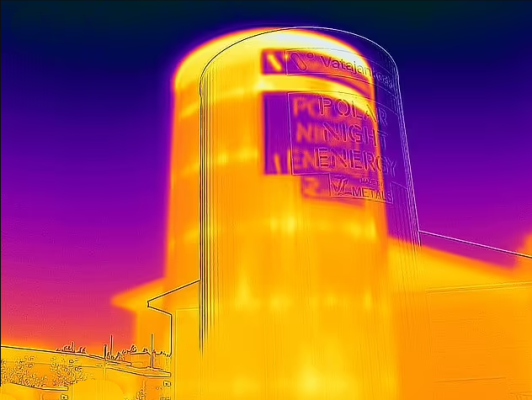 The sand battery is the brainchild of two Finnish engineers, Markku Ylönen and Tommi Eronen, who formed Polar Night Energy and have built their first installation — 100 tons of sand inside what seems to be a silo — in Kankaanpää.

The concept of a sand battery is straightforward: create a massive mound of sand. Heat it with extra renewable energy to roughly 500º C (932º F), then utilize it to heat houses, industries, and even swimming pools afterwards. The sand is said to be heated for three months or longer.

The first Polar Night Energy system has been built at the Vatajankoski power plant, which operates the area’s district heating system.

District heating is popular in many parts of the world, particularly in cold areas. Instead of individual furnaces in each building, heat is generated centrally and supplied to residences, workplaces, and businesses via a subterranean pipe and duct system.

The sand battery is designed primarily to support district heating systems and drastically reduce the amount of electricity, oil, or gas required to heat buildings.

During the long Arctic winter, the district heating system also keeps the water in the town’s swimming pool warm.

In terms of emissions, Polar Night says, other than the embedded emissions from constructing the sand battery, the system has the same carbon intensity as the energy source that provides the electricity to heat the sand initially. The company says it can design a sand battery for every need, from a single building to an entire town.