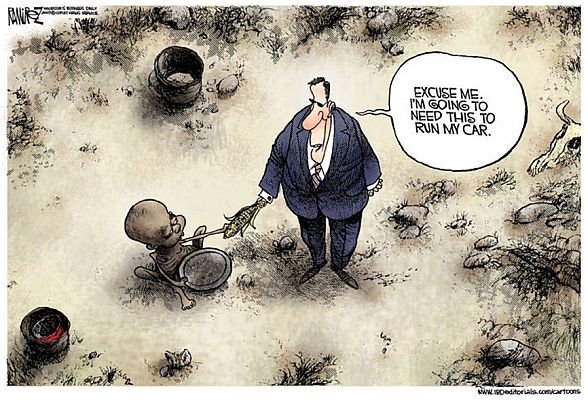 Biofuels, which are generated from plant oils, agricultural waste, or wood, can be used to power vehicles and buses. Burning them merely returns the carbon that the plants collected while growing to the environment.

So transitioning from fossil fuels to biodiesel and bioalcohol is now being promoted as a climate-friendly option but the  implications of converting crops into biofuels are straightforward.

However, governments and the corporations they support hide this inconvenient truth. They distract and confuse us about an evidently false solution to climate breakdown.

Every day, almost 17,000 tonnes of rapeseed and sunflower oil are burned throughout Europe. This equates to 19 million bottles. In the aftermath of Russia’s invasion of Ukraine, this has contributed to skyrocketing food price increases as well as bare grocery shelves.

All of the primary biodiesel crop sources have a larger climate effect than the fossil fuels they replace. Rapeseed oil, for example, contributes 1.2 times as much to global warming as soy oil, soy oil twice as much as palm oil, and palm oil three times as much as rapeseed oil. The same is true for wheat-based ethanol.

According to a new report, the food used for biofuels in the United Kingdom alone could feed 3.5 million people. If biofuel production worldwide halted, the quantity of crops saved could feed 1.9 billion people.

People and NGO’s alike are urging governments world over to prioritize food above fuel and phase out biofuels derived from food crops because hunger seems to be the only constant and dependable effect of this technology.