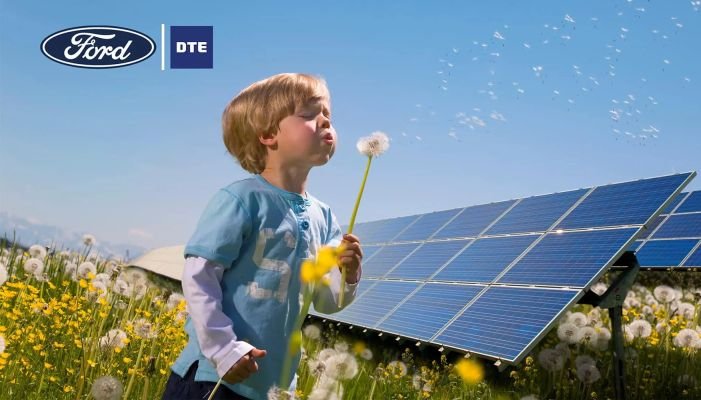 For many companies, energy consumption might be so high that there just isn’t enough room for a large enough solar array to meet all of their energy needs. For example, a Walmart store’s energy use is often twice that of what it can place on its roof.

Ford, which is likely facing a problem comparable to or worse than Walmart’s, cannot just throw up a metric crapton of solar panels to cover everything that happens in the production. But it doesn’t mean it should abandon efforts to make its operations more environmentally friendly and aim for carbon neutrality. And, with a new agreement with DTE Energy, it has done just that.

Ford Motor Company will soon be able to credit 100% of its electrical supply in Michigan to sustainable energy, which will be a significant step toward Ford’s goal of carbon neutrality. As part of the new arrangement, DTE will install 650 megawatts of new solar energy capacity in Michigan for Ford by 2025.

The buy represents a substantial investment in Michigan made through DTE’s MIGreenPower initiative, and it is the largest renewable energy purchase from a utility in the United States.

DTE’s MIGreenPower program is one of the biggest voluntary renewable energy programs. To date, the company has engaged over 600 businesses and over 62,000 residential consumers in this program. Every year, MIGreenPower customers enrol in 2.8 million megawatt hours of clean energy, resulting in an environmental benefit comparable to avoiding 2.2 million tonnes of carbon dioxide emissions.