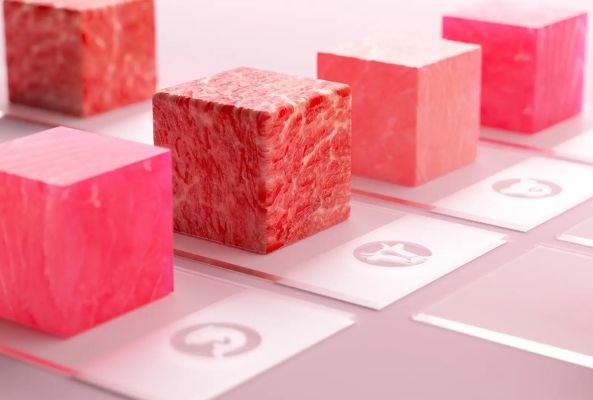 UCLA researchers claim to have solved the code on how to scale up the manufacturing of lab-grown meat, potentially clearing the way for widespread production of the ecologically friendly alternative.

The researchers, lead by UCLA biophysics professor Amy Rowat, developed a novel particle that allows cultured meat to have a more genuine, muscle-like feel. These tailored muscle cells might not only make growing these structures into bigger, edible tissues more viable, but also cheaper and faster.

Conventional ways entail creating a scaffold of animal tissues and collagen, a time-consuming and costly operation. Companies have attempted to grow cells in huge bioreactors in big quantities, but the resulting meat slurry tends to lack the texture of the real thing.

Rowat and her colleagues developed novel “edible microcarriers” that mimic the structure and feel of actual flesh. Using gelatin and transglutaminase, a “meat glue” often employed as a binding agent, the researchers created customized microcarrier enzymes into embossed groove structures that eventually formed into clumps on their own in early mouse precursor cell experiments.

However, there is definitely still a lot of work to be done. The resultant microtissues, which were “moulded into a cohesive meat product” just under an inch wide and cooked for just under nine minutes on a hot griddle, melted into a brownish puddle, as shown in images in the team’s study.

Despite the admittedly unappealing final result, the scientists are excited.