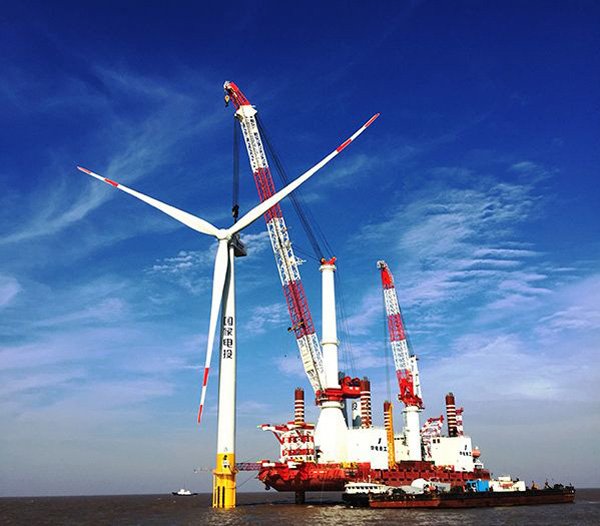 Chaozhou, a city in China’s Guangdong province, has announced plans for a 43.3 gigawatt plant in the Taiwan Strait. The new offshore wind farm will be 10 kilometers long and contain hundreds of powerful turbines.

It will operate between 75 and 185 kilometers off the coast of Chiuna. The turbines will be able to generate energy between 43 and 49% of the time due to the exceptionally windy position.

Last week, China displayed the world’s biggest wind turbine. It has a record-breaking rotor diameter of 252 meters (827 feet) and can generate 13.6 MW of power. When finished, it will surpass the world’s current biggest wind farm, the Jiuquan Wind Power plant in China and which has a capacity of 20 gigawatts.

How Much Is 43.3 Gigawatts Of Wind Energy?

A gigawatt is one billion watts, and one gigawatt of power requires around 3 million solar panels. One gigawatt of energy could power 100 million LEDs, or 300,000 typical European houses.

As a result, China’s new factory will have the capacity to power 4.3 billion LED lights or 13 million houses. To put it in context, Norway has 31 gigawatts of generating capacity, with hydropower accounting for 99 percent of it. That is less than the capacity of the new offshore wind farm.

The project will begin before 2025, but there is no news on how much this massive facility would cost.