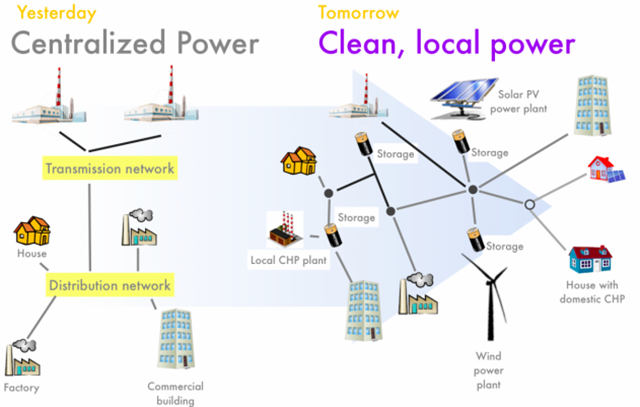 “Energy democracy means that everybody is ensured access to sufficient energy. Energy production must thereby neither pollute the environment nor harm people. …this means that fossil fuel resources must be left in the ground, the means of production need to be socialised and democratised, and we must rethink our overall attitude towards energy consumption.”

Despite repeatedly beating our renewable energy targets and having some of the largest solar fields in the world, India’s power grid’s mainstay is still coal. Back-up generators are diesel-powered. The dependence on fossil fuels and our carbon-hungry economy are major hurdles to India’s path to prosperity. While the developed world’s and China’s emissions fell, India was one of the few exceptions to the trend in plateauing emissions. We are still commissioning over 200 thermal power stations and with many states still power-deficit, government priority is electrification not green energy.

In order to phase out coal and gas as well as to keep global warming and greenhouse gas emissions in check requires a firm commitment to energy democracy. If that’s not enough there is India’s poor performance in the Environmental Performance Index 2018 brought out by Yale and Columbia Universities. We fell from rank 141 in 2016 to 177 out of 180 countries. And we didn’t make any significant improvements in the World Bank’s Ease Of Doing Business Index either which, by the way, was touted as the reasons for rash environmental clearances.

Solar energy and wind energy have become cheaper than coal. There are exciting start-ups and turnkey solutions providers in place to ensure that opting for renewable energy is easy and affordable. As the Barefoot Engineers of Tilonia, Rajasthan demonstrate, electrification using renewables can generate incomes and create livelihoods in communities that don’t benefit from thermal power stations and coal and gas mining.

There are many pilots in place and success stories showing that taking the renewable energy path has manifold benefits. Indian Railways is saving lakhs of rupees with trains fitted with solar panels. Individuals, institutions, companies and building societies are benefitting from installing rooftop solar power systems. Forest-dwelling communities even in the heart of the Sundarbans are benefitting from solar power which is reducing the risk of confrontations with India’s National Animal. Greenpeace India’s Solar Shakti campaign shows the way as does Chennai’s own D Suresh, whose home stayed electrified amid both the Chennai floods and Cyclone Vardah when power was shutoff in the grid.

The Energy Alternatives India, also based out of Chennai, has a vast online and print directory of resources constantly updated to make adopting energy alternatives simpler.

The conditions to decentralise energy and involve the community in the profits of energy generations makes this India’s moment in the sun. It remains to be seen whether the model becomes mass action.