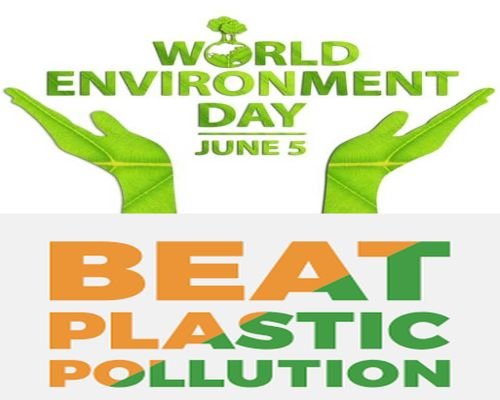 According to The World Economic Forum, India annually generates about 56 lakh tonnes of plastic waste and contributes an astounding 60 per cent to the amount of plastic waste dumped into the world’s oceans every year.

On the occasion of the World Environment Day- today, several companies like Coca-Cola, Infosys and Hilton among others have pledged to address the growing problem of plastic pollution.

Coca-Cola has pledged to recover and recycle one package for every single one that is put out in the market by 2030. The company is committed towards making all of its packaging recyclable.

Listing out the initiatives, the company said its bottling partner, Hindustan Coca-Cola Beverages has already kickstarted a recycling project in Mumbai and Goa to be followed by Bhopal from today.

The project in partnership with United Nations Development Programme (UNDP), Indian Centre for Plastic in the Environment (ICPE) and Stree Mukti Sanghatana (NGO) focuses on creating a circular economy for plastic waste by generating value out of used plastic, thereby reducing litter.

Similarly, IT giant Infosys has pledged to make its campuses non-recyclable plastics-free by 2020. The company has also committed to reduce the per capita generation of plastic waste by 50 per cent in the same year.

That apart, Hilton group has vowed to eliminate plastic straws across its managed hotels in Asia Pacific by end of 2018, and transition away from plastic bottles from its conference and event spaces.

In an effort to engage public in managing plastic waste, The Beer Cafe will offer discounts to customers who bring their empty pet plastic bottles of 500 ml or more to any outlet to be recycled between June 5 and 12.

Hope these efforts will motivate others to follow and we will ‘Beat Plastic Pollution’.