Paddy Straw To Be Used For Bio-CNG In Punjab 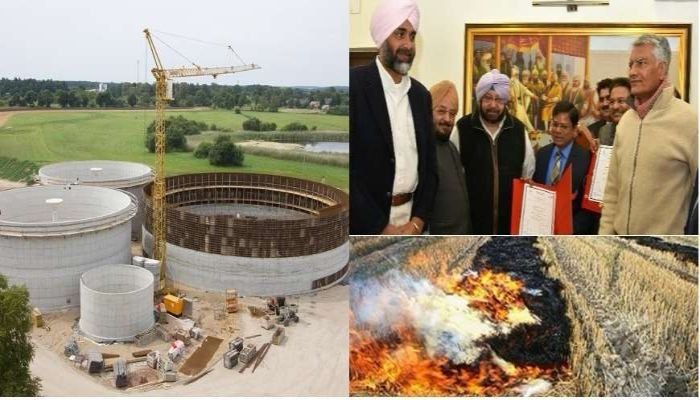 The Punjab Energy Development Agency (PEDA) is serious on freeing Punjab from the pollution due to stubble burning and so every possible effort is being considered for the same.

Currently, 20 million tons of paddy straw is produced in the state annually and 20 to 25 per cent of this is being used and the rest is burnt, if that is used properly five to six tons of biogas, bioCNG or bio-ethanol can be produced from the stubble.

To bring this in action around seven bio-mass power plants are already underway in the state, however now steps have also been taken in the direction of Bio CNG/bio-ethanol production from paddy straw.

The state has entered into an agreement with four big companies and has started work on setting up the plants. The commencement of these projects in Punjab, on one hand will decrease pollution from crop residue while on the other, farmers will reap economic benefit plus the project commencement will also generate employment for local people.

Hindustan Petroleum Corporation Ltd (HPCL) will create bio-ethanol from paddy straw, which is blended in petrol and diesel. HPCL will set up a plant in Nasibpura village of Talwandi Sabo Tehsil in Bathinda district.

The company is investing around Rs 1,000 crore on this project once the plant is operational, about 500 tons of paddy straw will be used daily and will generate 100 kilo litre of bio-ethanol every day.

Germany-based Verbio India Private Limited will set up its plant in Bhutalkalan village of Leharagga tehsil in Sangrur district. This project has 100 per cent FDI and the total cost of this project is around Rs 75 crore. This plant will use 300 tons of paddy stubble per day and will produce 33.23 tonne bio-CNG daily.

Similarly, Indian Oil Corporation (IOC) is planning to set up around 42 plants in Punjab. They  have already identified three sites in Sangrur, Bathinda and Nabha.

Rika Biofuel Development Limited signed the MoU on May 11 through Invest Punjab, which would invest Rs 700 crore in Punjab to set up Biogas/Bio CNG plants.