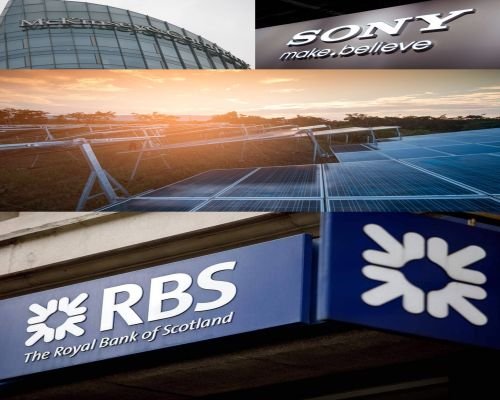 Global corporate leadership initiative RE100 announced late last week that several big-name companies had joined in commitment to securing 100% of their energy needs from renewable sources, including entertainment and electronics giant Sony Corporation.

Toward the end of July, Japanese IT giant Fujitsu announced its own commitment to sourcing 100% of its needed electricity from renewable energy sources by 2050 in conjunction with its decision to join RE100, which pushed the number of companies partnered with RE100 up to 140.

Along with Sony Corporation, other big names that have joined the RE100 initiative are, management consulting leader McKinsey & Company, global coworking and community company WeWork, and one of the oldest banks in Europe, the Royal Bank of Scotland (RBS).

By stepping up and joining RE100 these leading companies are saying loud and clear that 100% renewables are the solution – they reduce business risk and drive down greenhouse gas emissions.

By putting renewables at the heart of their business strategies, RE100 members are sending the demand signals needed for national governments to increase their own ambitions on clean energy.