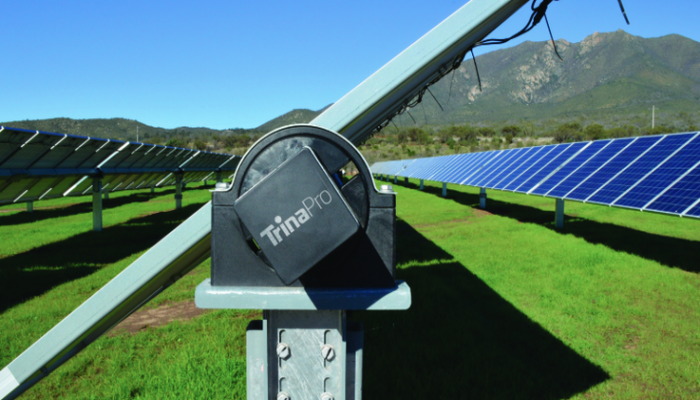 The very first commercial silicon cells, produced in 1954, maxed out at only 2 percent of sunlight converted, and sold for $25 apiece. Their low efficiency and high price resulted in a staggering $1,785 cost per watt at the time; adjusted for inflation, the total comes to $17,000.

Today, per-watt costs in utility-scale solar installations can be under $1, according to the U.S. Department of Energy’s National Renewable Energy Laboratory.

Why has efficiency improved so much in 60 years’ time? There are many explanations, including improvements in materials, design and layouts.

Further gains stem from the inclusion of solar tracking systems alongside world-class inverters and industry-leading solar modules within all-in-one solutions such as TrinaPro.

Solar tracking systems address fundamental issue in the capture and conversion of sunlight, namely the rotation of the earth plus adjusting seasonal inconsistencies for solar arrays.

Trackers, like the ones included in TrinaPro, account for both the time of day and the calendar date to ensure optimal positioning of their connected infrastructure. They also make adjustments for the surrounding terrain, but their central functionality is the tracking of the east-to-west movement of the sun.

This feature reduces the amount of lost energy from the panel, especially during the extremes of summer and winter and at high latitudes, such as in Alaska.

In commercial and utility-scale solar, tracking is much more important.