A $10 Billion Plan To Save New York From Rising Seas 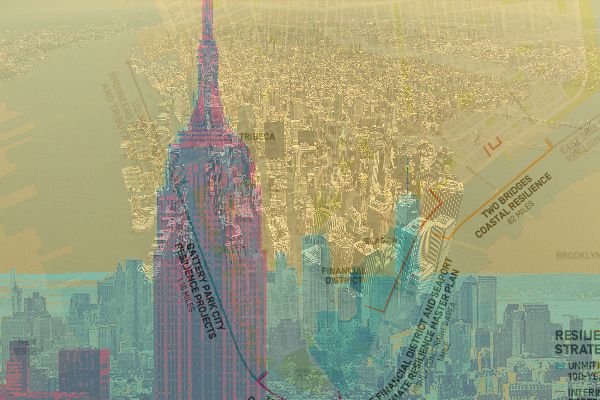 In an op-ed published in New York Magazine on Wednesday, de Blasio detailed his $10 billion plan to protect Manhattan from the coming rising sea levels and powerful storms that seem almost inevitable in the face of climate change.

To fortify most of Lower Manhattan, de Blasio’s plan allocates $500 million toward the creation of grassy stationary barriers in parks and removable barriers that the city can deploy just prior to a storm.

But those types of barriers won’t work to protect the eastern edge of Lower Manhattan, which de Blasio noted is just 8 feet above sea level — and tightly packed with vulnerable utilities, sewer systems, and subway lines.

The only option then, according to de Blasio, is to build more land — by pushing the coastline of Lower Manhattan from the Brooklyn Bridge to the Battery up to 500 feet into the East River.

“When we complete the coastal extension, which could cost $10 billion, Lower Manhattan will be secure from rising seas through 2100,” de Blasio wrote.