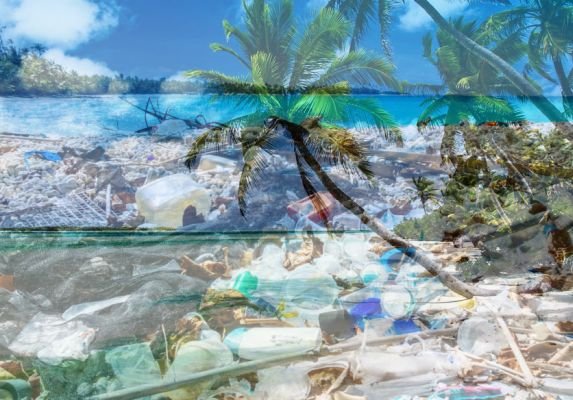 Remote islands without large populations are the most effective indicator of the amount of plastic debris floating in the oceans.

A comprehensive survey of debris on the islands – among the most remote places on Earth, in the Indian Ocean – has found a staggering amount of rubbish washed ashore. This included 414m pieces of plastic, weighing 238 tonnes.

The study, published in the journal Nature, concluded the volume of debris points to the exponential increase of global plastic polluting the world’s oceans and “highlights a worrying trend in the production and discharge of single-use products”.

The study found the quantity of debris buried up to 10cm beneath the beach was 26 times greater than the amount visible; that previous surveys that only assessed surface garbage might have “drastically underestimated the scale of debris accumulation.”

While most of the debris found on Henderson Island was fishing-related, on the Cocos (Keeling) Islands, the plastic was mostly single-use items such as bottles, plastic cutlery, bags and straws.

The Cocos (Keeling) Islands are touted as ‘Australia’s last unspoilt paradise’, with tourism a primary source of income for the local community. However, the impact of debris on tourism and [their] beaches is increasingly difficult to avoid.