Impossible Foods Is Trying Its Hands On Fishless Fish 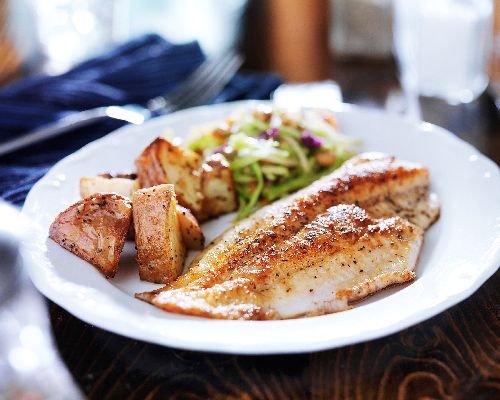 First, there was the meatless burger. Soon we may have fishless fish.

Impossible Foods, the meatless meat company behind the plant-based Impossible Burger is moving into the fake fish market. The company is reworking its recipe for plant-based beef to recreate a fishy flavor and texture.

They will be the latest one to join an already crowded field of food companies, developing alternatives to traditional seafood with plant-based recipes or laboratory techniques that allow scientists to grow fish from cells.

So far, much of Impossible’s work has focused on the biochemistry of fish flavor, which can be reproduced using heme, the same protein undergirding its meat formula.

The fishless-fish project is part of Impossible’s grand ambitions to devise tasty replacements for every animal-based food on the market by 2035. Whether that aim is achievable, either scientifically or financially, remains to be seen.

Replacing fish with fake meat could benefit the environment, as fisheries pollute and deplete wild populations of some species. The world’s marine fish stocks are 90 percent depleted, primarily because of overfishing, according to the World Economic Forum.

However, industry experts say, many of the consumers are drawn to plant-based meat more for its perceived health benefits than for its role in reducing the food industry’s reliance on production techniques that release greenhouse gases.