Saildrone: Helping To Understand The Most Inhospitable Location On Earth 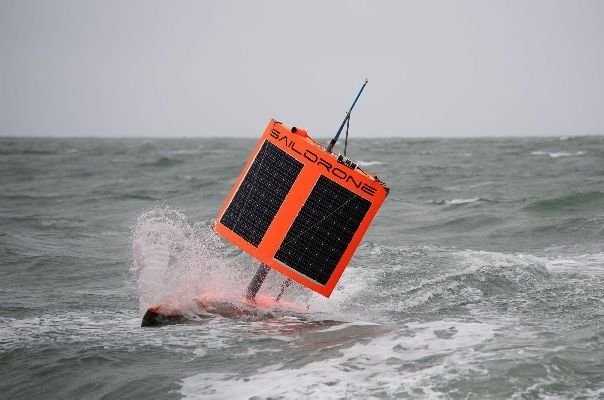 The Southern Ocean that surrounds Antarctica is a dark and forbidding place where winds often exceed 80 miles per hour and towering waves as high as a 5-story building.

Life expectancy in the frigid waters at the bottom of the world is about 7 minutes in a survival suit, 30 seconds without one. We know less about the Southern Ocean than we do about the moon or Mars.

Accessing that part of the world is so dangerous, a consortium of researchers sponsored by the Li Ka Shing Foundation created a series of sailing drones capable of withstanding the fierce conditions in the seas around Antarctica.

The sailing drones are packed with sensors and technology from the top of their 15-foot high mast to the tip of their 8-foot deep keel. The 23-foot long hull is powered solely by wind while solar panels provide electricity for the instruments.

One of those drones has now completed the first unmanned circumnavigation of Antarctica. The journey covered 22,000 kilometers and took 196 days.

During the voyage in below freezing conditions, the drone encountered 50-foot high waves, and sustained winds of 80 mph. It also crashed into an iceberg or two.

This makes it disproportionately more important to place efforts and resources, such as those occurring by robotic platforms like Saildrone, into obtaining more scientific measurements in this polar region.

Thus removing one of our largest ‘blind spots’ in terms of our climate knowledge and its future prediction.

Saildrone is planning to deploy a fleet of up up to 20 Saildrones to monitor the Southern Ocean on a consistent basis year round. It may also expand its fleet to cover all the world’s oceans.