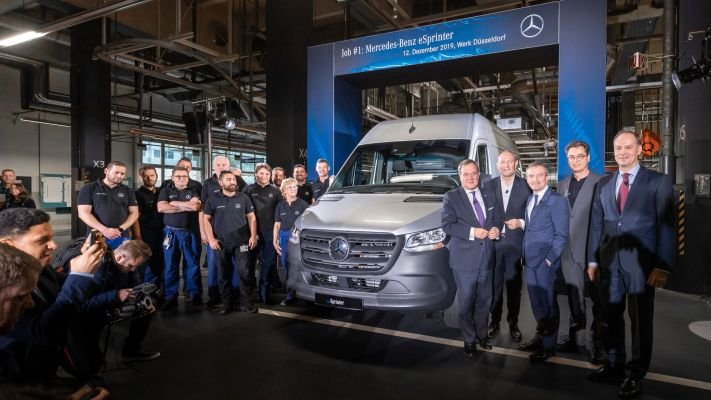 Mercedes-Benz’s Dusseldorf plant has celebrated the start of production of the fully electric eSprinter and ushered in a new era in Dusseldorf.

The Mercedes-Benz eSprinter looks so accommodating perhaps it will even be used as a base for someone to convert into a green tiny home.

The plant has continued to become the leading Sprinter plant worldwide, developing and testing all future-oriented technologies. The plant serves as a benchmark for the other locations. So, it’s the right place for a new electric van to roll off the line.

More than 4.6 million vehicles have been produced in Dusseldorf to date. Since 2018, production of the new Sprinter has also taken place there, with over 200,000 units having already left the assembly line, ready to enter into their daily service all over the world.

The production of the fully electric eSprinter marks the beginning of a new era in Dusseldorf. Building the eSprinter in Dusseldorf is a next step for the future of the plant and for the manufacturer itself.

Mercedes-Benz Vans has invested a total of around 330 million euros in the technical expansion of production, while taking into account the fact that, in future, the manufacture of both conventionally operated and fully electric vehicles will be built on a single production line.